Rio's carnival concluded with a bang, a final night of partying and political protest. 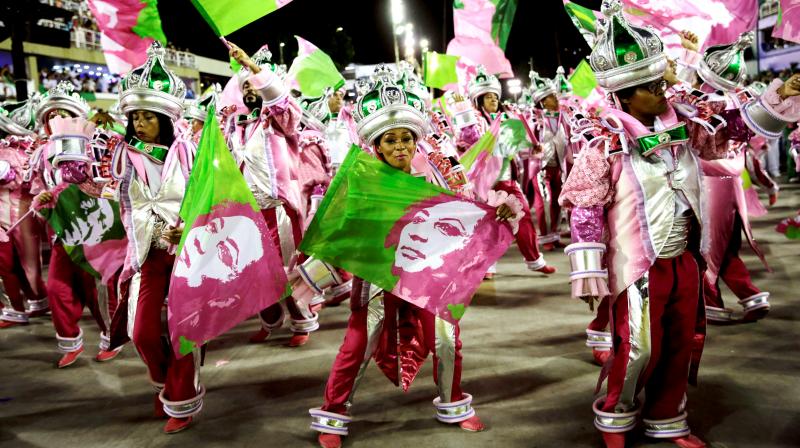 Performers hold flags with an image of slain councilwoman Marielle Franco during the perform of the Mangueira samba school at the Carnival celebrations in Rio de Janeiro on Tuesday. (Photo: AP)

Rio was gearing up Monday for the second and final night of its celebrated carnival, with the stage set for an event that will blend huge party with political protest. More than 70,000 people were getting ready to sing at the top of their voices as the seven final samba schools paraded through the city's Sambadrome, the huge concrete arena built by legendary Brazilian architect Oscar Niemeyer.

The night before, another seven of the city's competing samba schools, a mixture of trained dancers and enthusiastic neighbourhood locals, had staged their own colourful parade, in costumes and with giant decorated floats. The first school of 2,500 dancers and musicians were due to samba their way past the crowds and the judges at 9:15 pm (0015 Tuesday), with the last school strutting their stuff down the 700 meter (yard) strip close to dawn.

As they do every year, Brazilians briefly forget their woes during the world's biggest party, including the economic crisis, bitter political divisions, massive corruption scandals and a sky-high murder rate. The fiesta serves as a cathartic coming together for the city, reflecting the joy, suffering and dreams of its denizens. "It's another way of crying. And protesting: we are alive!" said an editorial in the daily O Globo on Monday. 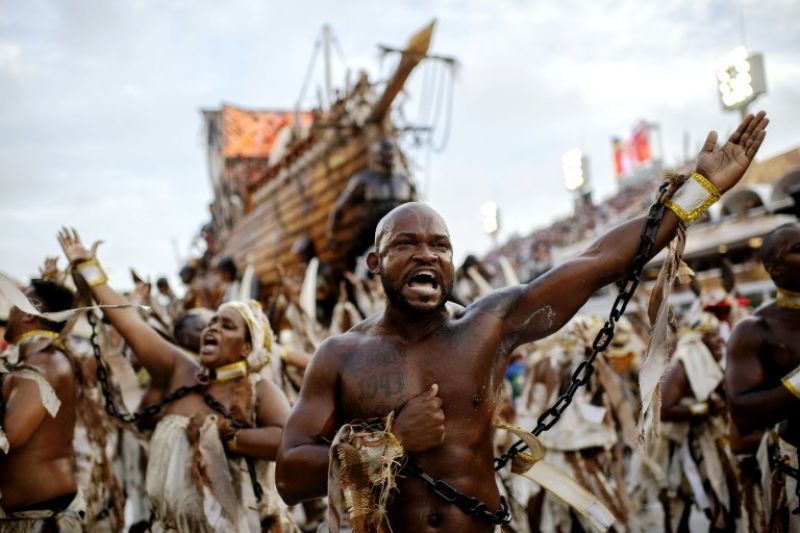 The magic of the parade has not dried up either in the first carnival to be staged under the new far-right president, Jair Bolsonaro. Sunday saw a display of spectacular floats featuring giant flamboyant birds, slave ships, the Roman colosseum and of course scantily clad dancers in exotic headdresses throbbing to the deafening beat of drum bands.

But once again the carnival served as canvas for political messages, sending up the "circus" of the political capital Brasilia or condemning widespread corruption and a growing intolerance towards the black and LGBT communities. Those messages appeared to be directed pointedly at Bolsonaro, notorious before the election for race-baiting, sexist and homophobic comments. The parade Monday night was due to continue that satirical theme. 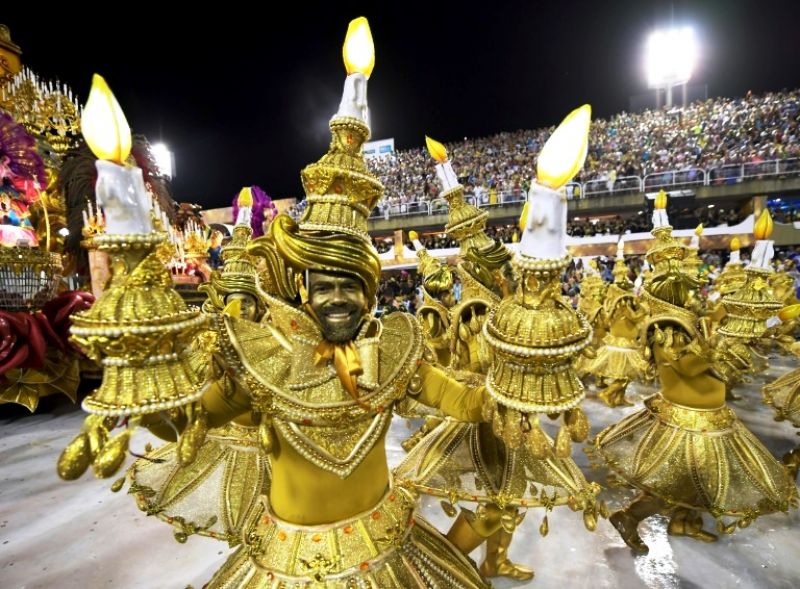 Members of the Viradouro school samba through the 700 meter Sambradrome in Rio's carnival: each school fields hundreds, if not thousands, of dancers, as well as floats and drummers. (Photo: AFP)

The Mangueira School was expected to cause a stir with its promised theme of popular heroes from Brazilian history that does not feature in school textbooks, mostly from the traditionally neglected black and indigenous communities.

The highlight of that parade is to be homage to Marielle Franco, a black city councilor and human rights activist from one of the city's poor favela neighbourhoods was assassinated last year. Another highly anticipated display was from the Portela School, which holds a record 22 carnival wins and which partnered French fashion guru Jean-Paul Gaultier to design its dancers' costumes. Portela was to celebrate the memory of Clara Nunes, an icon of the 1970s samba scene and the first artist to defend the rights of Brazil's African-Brazilian religions.

The carnival has also tamped down its traditional feel of debauchery, which normally draws around 1.5 million visitors to the "Marvelous City," including foreign tourists with their much-needed cash. But for Jairo Machado, a dancer with the Beija-Flor samba school, it would take more than budget cuts or torrential rain to dampen the legendary party-goers' enthusiasm. "Despite the weak investment by the city, the schools have overcome all that, they have managed to throw a good carnival," he told AFP. 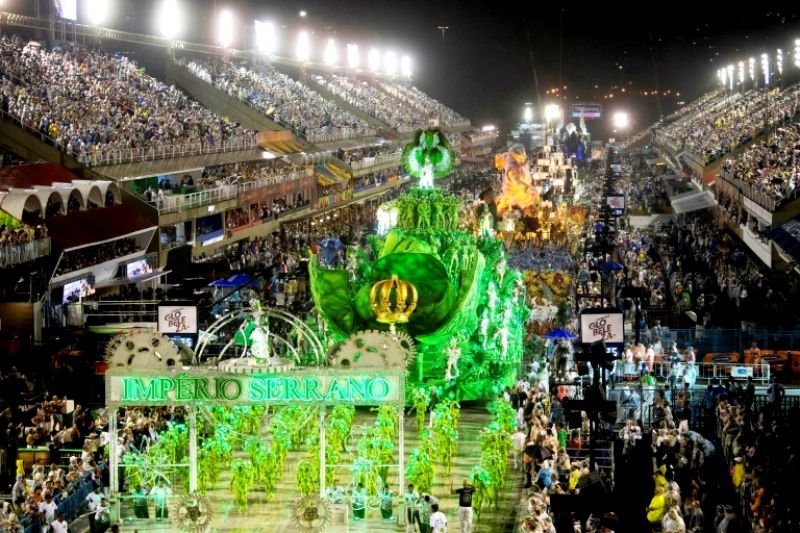 The judges are to announce the winner of the samba contest on Wednesday, their decision based on three criteria: the inventiveness of the carnival floats, the theme of parade, and the quality of the dancing in the Sambadrome. For the schools, that means months of work to makes the costumes, build the floats and rehearse their dance steps and learn their songs, making winning a huge prize for a school and its local community.