Fans watching show from home couldn’t believe how much Streep looked like the cartoon character as she put on her glasses inside ceremony. 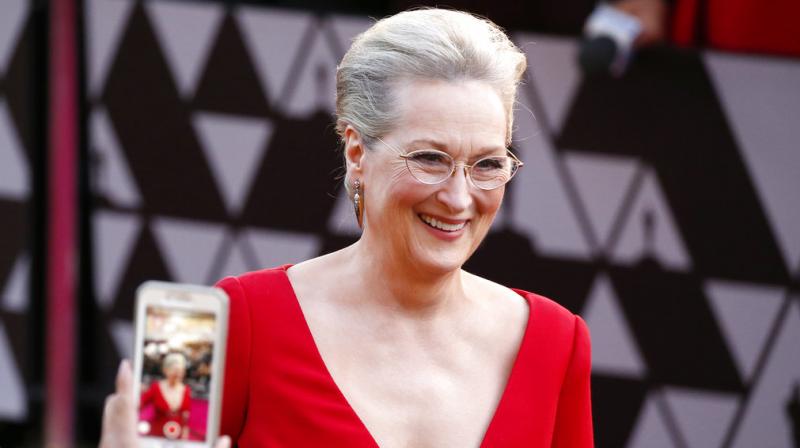 The A-lister had put on her specs as she took her seat in the Dolby Theatre and enthusiastic fans could not help but make the comparison. (Photo: AP)

In one of its lighter moments, Oscars viewers could not stop laughing as they compared Meryl Streep to the fairy Godmother from Shrek.

The A-lister had put on her specs as she took her seat in the Dolby Theatre and enthusiastic fans could not help but make the comparison.

Meryl Streep is the fairy god mother from Shrek.
She really did that! #Oscars #Oscars90 #Oscars2018 pic.twitter.com/hldJFID723

While another joked, “They did a close up of Meryl Streep and [I] thought she was the fairy godmother from Shrek LOL!”

The 90th Academy Awards saw some of the biggest names in the entertainment find out if they’ve won one of the coveted gongs.

Even if they don’t win, those lucky enough to attend the star studded ceremony will be walking away with an incredible gift bag, worth over £100,000.

Jimmy Kimmel re returned to host the ceremony and has already poked fun at the mix up that saw La La Land being named the Best Picture winner over Moonlight.

He also wowed viewers with his brilliant opening monologue.

This year’s Oscars have been dominated by the Times Up and #MeToo campaign and it was prominent on the red carpet and inside the ceremony.