The alleged spacecraft was seen in a remote South Georgia Island where only 20 people live. 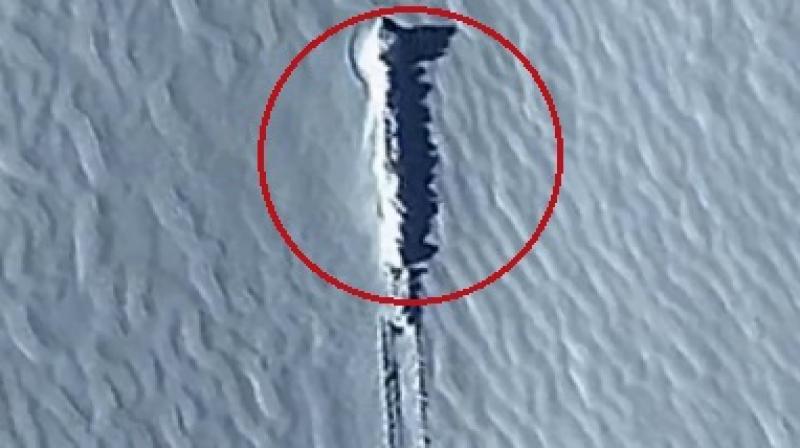 Theorists at a popular alien site zoomed in on the images to find tracks running behind it (Photo: YouTube)

Conspiracy theorists have been obsessed with extraterrestrial life for several decades now which has also been portrayed in movies. Every once in a while people do claim to have spotted UFOs which they present as evidence of existence of aliens.

Now an unidentified mass spotted in Antarctica on Google Earth has become the centre of attention for alien hunters. They are pretty convinced that the object is actually a spaceship that crash landed in the region.

The alleged spacecraft was seen in a remote South Georgia Island where only 20 people live. Theorists at a popular alien site zoomed in on the images to find tracks running behind it.

Meanwhile there are many who believe the object to be a rock pushed along from a glacier. There were also those who didn’t take it seriously calling it Santa’s sleigh.