We got hold of Akcent who was recently in the capital for a freewheeling chat where he looks back at a journey that spans over two decades. 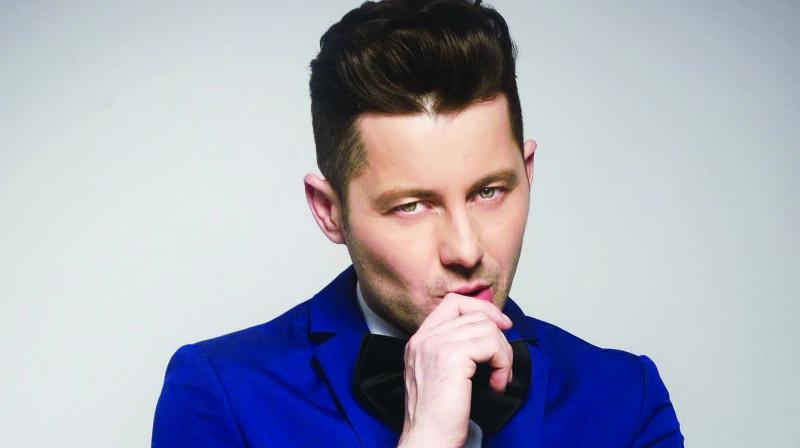 The month of February, also known as the month of love, started out with the performance of Akcent — the famous Romanian pop singer Adrian Claudiu Sina — who recently enthralled fans at Imperfecto Shor  in the national capital.

His journey dates back to 1999 when the passion for music kicked in for Adrian aka Akcent. He decided to release his first anthem Senzatzia in 2000 in the form of a cassette tape, the genre was electro-pop which included songs like Ultima Vara (Last summer), which was a summer hit in Romania.

Recalling his memories of his maiden album, he shares, “My family had no clue that I released my first music album... they were really surprised to know about the news after it got hit and was all over the internet.”

In a career that has spanned over two decades, there are bound to be challenges along the way. Throwing light on a few of them, he recalls, “Trying to make an album for Romanian market with good music was the main challenge because if the music is good then only you become popular and people will like to listen to you.”

Akcent has fond memories for India and loves to visit the country whenever he gets the opportunity to do so. He elucidates further, “India has been the best for me because the love from the audience I receive and the people here are so welcoming.”

Talking about what he loves in India most, he says, “The music, landscape and the city are just amazing, I have been to many cities like Delhi, Mumbai, Bangalore, Pune, and Goa, and I have been in love with all of them.”

For an International singer like Akcent, travelling is really complicated but somehow he manages to cope up with it, he says, “I try to stay healthy as it helps me to stay focused. I also to get all the rest whenever I have time and opportunity, all these things are key factors that keep me going.

“I try to build an emotional connection with the people I’m playing for. If they (audience) don’t feel connected with my music, then for me, my music is of no use. It is important
for an artist to have a connection with their audience,” he concludes.