Life   More Features  05 Jan 2020  We are serious about each other: Jwala Gutta-Vishnu Vishal
Life, More Features

We are serious about each other: Jwala Gutta-Vishnu Vishal

Indian Badminton player Jwala Gutta, speaking out for the first time about her relationship with beau and actor Vishnu Vishal. 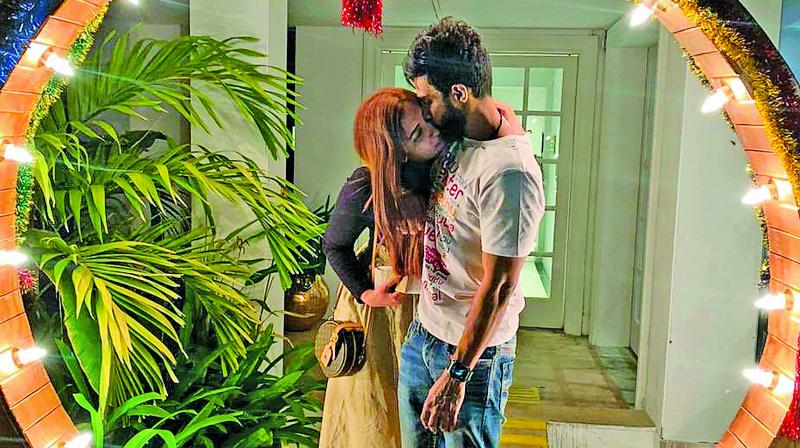 All it took was just a few intimate photos of Indian Badminton player Jwala Gutta with actor Vishnu Vishal on social media to tell the world that the two are serious about each other.

Their party photos on New Year’s Eve confirmed that the pair is in a relationship.

“I think by this time everyone knows about it,” replies Jwala when asked about Vishnu. “I never planned anything, it all happened very naturally.”

“We met through common friends, and we developed a liking for each other naturally,” she says, explaining how it all began. “We started seeing each other, and in the process came to know each other better. And later we became serious about each other.”

The bronze medallist at the 2011 World Championships lives in Hyderabad while Vishnu is from Chennai.  Ask her how she manages to strike a balance in this relationship, and she laughs off the problem saying, “Love taught me travelling yaar,” According to her, she hadn’t planned on being serious about someone who was away from Hyderabad.

“Unless it happens naturally, the relationship doesn’t work,” she feels.

Pressed for details on when she realised Vishnu was the one for her, the silver medallist at the 2009 Superseries Masters Finals says, “Both of us have seen enough in life, and we are at a stage where we know what is expected in a companionship. We both come from different professions but we have mutual respect for each other, and I think that is what keeps a relationship strong and growing.”

What Jwala likes best about Vishnu is that he is not judgemental, and admits his flaws. “He is also very generous and encourages my endeavours, letting me be who I am. He does not come from a filmy background, but he has done so well and is keeping up his good work; he’s hardworking,” she reveals adding, “He is now prepping for his next film, and is back in shape, fit and going strong. I too recently launched my own academy. In fact he is also inspiring me to get back in shape.”

So how did being in relationship change her, and what does love mean to her? “I can’t define it, but being in a relationship certainly helps individuals become better versions of themselves. And both of us are in a happy space now,” she says.

Interestingly, Jwala was caught unawares when Vishnu first dropped hints about their relationship last year. “Yeah, I was surprised indeed,” she admits.

Meanwhile, Jwala is cagey about the gifts the two of them have exchanged. “Let that be between us,” she laughs.