Pieces of the Polish past

An exhibition showcasing the struggles of the Polish during the Second World War was held recently in the capital. 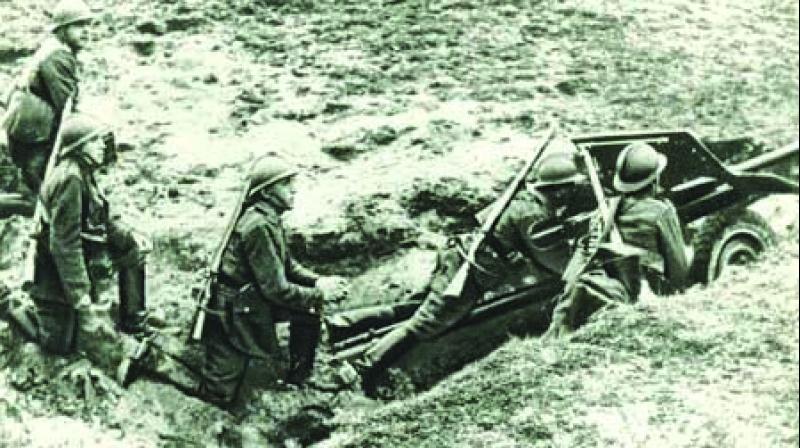 On the photographs on display, there are feelings of pain felt even today although the war was a long time ago.

While there are some instances in history that are indelible and many people wished that they never happened — World War II is one of them. Poland was the most affected country during this historical event. With an aim to commemorate the experience of the Polish during the war and their fight to regain their independence, an exhibition titled Fighting and Suffering was recently organised at the India International Centre, which showcased photographs of Poland’s struggles during that time.

In a chat with historian Adam Burakowski, Ambassador of Poland to India expresses that whatever has been showcased in this exhibition is the truth itself. He points out, “In Poland, almost every family lost someone during the Second World War. Everyone has some stories to be told - whether on fighting, whether on suffering. The atrocities committed by Germans and Soviets were unimaginable.”

On the photographs on display, there are feelings of pain felt even today although the war was a long time ago. He highlights, “6 million Polish citizens (out of 35 million) were killed by Germans or Soviets, and the majority of them not in war clashes, but in planned actions. Half of these 6 million were Jews from Poland. They were killed by Germans in the Holocaust, an organised genocide.” He believes that these pictures are emotional because everyone could imagine himself or herself in a situation like this.

The war happened a long time ago, but the damage it has caused is so severe that even today one may find it difficult to move on. So, is it still difficult for Poland? Adam responds, “No, it's not. In Europe, we have more or less learned the lessons of history, but we have to repeat the message to the younger generations.” But that’s not the case with the Soviet Union, he shares. “In Russia, things are totally different, unfortunately. They would rather avoid topics that might be uncomfortable for them, as the alliance of Soviet Union with Nazi Germany or the Katyn massacre, when the Soviets killed in planned way tens of thousands of Polish officers,” explains Adam.

Poland’s narrative is different, however. “We fought hard all over the world, we suffered a lot. And we have to tell the others that they could learn from our experiences,” he believes. Amid all suffering, there have been positives as well. He details, “There were also positive events during World War II. One of them happened in India. Polish refugees found shelter in Kolhapur, Maharashtra and Jamnagar, Gujarat. We are commemorating these events as well.”

We have all heard the saying that a picture tends to tell a story that can amass a thousand words. But there is something that he wants us all to see and learn.  Adam sums up the essence of the exhibition saying, “A solid piece of the history of the world. And a lesson to be learned. A history that shall never repeat itself.”