Study shows that horses too can read our body language

Research find horses can tell the difference between dominant and submissive body postures in humans, even when they don’t know the people. 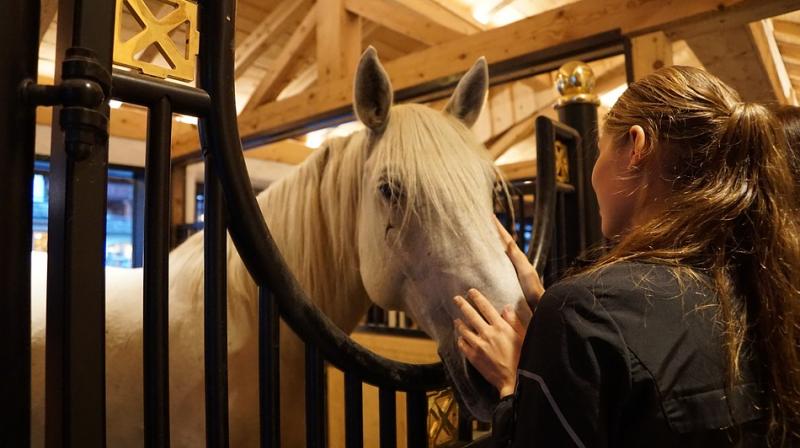 It turns out that horses too can tell the difference between dominant and submissive body postures in humans, even if the person is not familiar to them.

While a dog being able to read human body language is well known, a new study sheds light on the fact that they are not the animals that can.

It turns out that horses too can tell the difference between dominant and submissive body postures in humans, even if the person is not familiar to them.

The research was conducted by the University of Sussex and the University of Portsmouth where they worked with 30 domestic horses s to see whether they were more likely to approach a person displaying a dominant body posture (standing straight, with arms and legs apart and chest expanded), or a submissive posture (slouching, keeping arms and legs close to the body, relaxed knees).

The researchers found that even when the horses had been given food rewards previously by each person when they were in a neutral body posture, the horses were significantly more likely to approach the individual displaying a submissive rather than a dominant posture.

Speaking about it, co-lead author of the study Ami Smith said that horses are often thought to be good at reading human body language based on anecdotal evidence such as the 'Clever Hans effect.

She went on to add that these results raise interesting questions about the flexibility of cross-species communication.'

The researchers said they were interested in dominant and submissive postures with horses specifically because although many trainers use posture as a training cue, not much research has investigated whether horses would be sensitive to these cues without any specific training.