Kennedy assasination files now revealed by the US

Among CIA files released are records of efforts to recruit Soviet diplomats serving in foreign missions with transcripts of wiretaps. 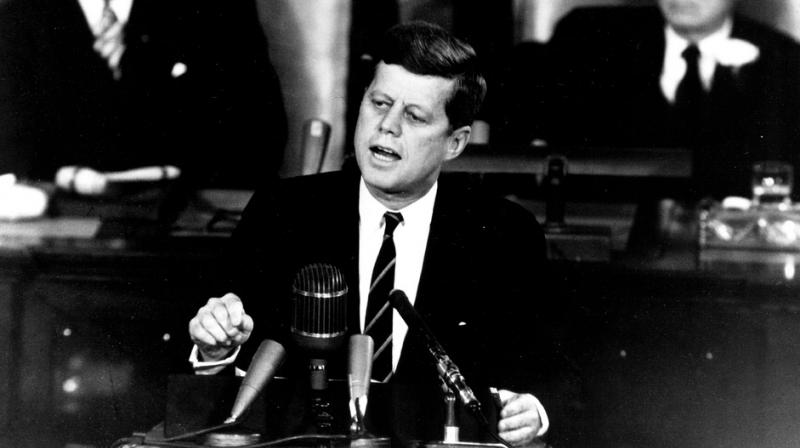 Nearly 680 records were made public including 553 never- before-seen files from the Central Intelligence Agency.

Washington: A new batch of files, mostly secret CIA records, related to the November 1963 assassination of US president John F Kennedy was released by the National Archives today.

Nearly 680 records were made public including 553 never- before-seen files from the Central Intelligence Agency, which had objected to their release previously on national security grounds.

Among the CIA files released were detailed records, for example, of efforts to recruit Soviet diplomats serving in foreign missions, complete with transcripts of wiretaps.

The National Archives said the other documents published online were from the Justice Department, the Defence Department and a House committee which conducted an inquiry into Kennedy's November 22, 1963 assassination in Dallas, Texas.

The official Warren Commission which investigated the slaying of the charismatic 46-year-old president determined that it was carried out by a former Marine Corps sharpshooter, Lee Harvey Oswald, acting alone.

The commission's formal conclusion that Oswald killed Kennedy has done little, however, to quell speculation that a more sinister plot was behind the murder of the 35th US president.

Hundreds of books and movies such as the 1991 Oliver Stone film "JFK" have fed the conspiracy industry, pointing the finger at Cold War rivals the Soviet Union or Cuba, the Mafia and even Kennedy's vice president, Lyndon Johnson.

Kennedy scholars have said the new documents are unlikely to contain any bombshell revelations or put to rest the rampant conspiracy theories.

Today's document release by the National Archives is the third this year and in compliance with a 1992 act of Congress that mandated that all Kennedy documents be released within 25 years.

President Donald Trump has given the FBI and CIA six months -- until April 26, 2018 -- to make their case for why remaining documents should not be made public.

The National Archives released 2,891 assassination documents on October 26 and 3,810 records on July 24.

Oswald defected to the Soviet Union in 1959 but returned to the United States in 1962.

He was shot to death two days after killing Kennedy by a nightclub owner, Jack Ruby, as he was being transferred from the city jail.