Watch: Chetan Bhagat's movie-style video for his new book, The Girl in Room 105

The bestselling author recently launched the trailer to his new book that is set to release on October 9. 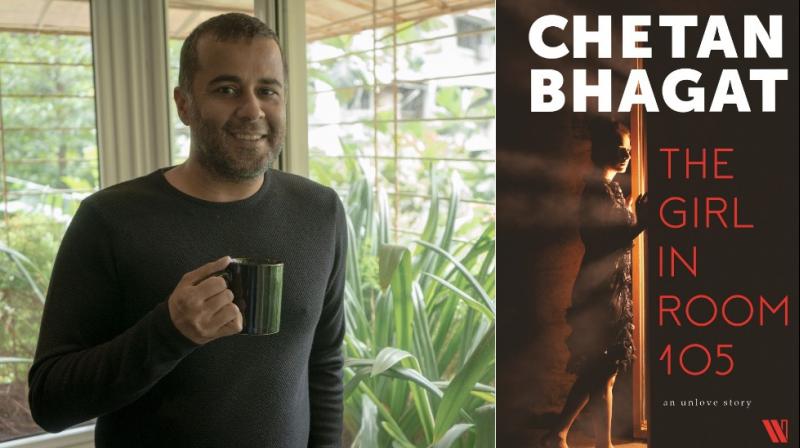 This is the first title of the six-book global deal that Amazon Publishing announced with Chetan Bhagat in April this year.

Author Chetan Bhagat’s fans and readers can now get a sneak peek in to his upcoming novel, announced via a slick promotional video.

The new novel – “The Girl in Room 105” – and its promotional video, were announced via Facebook Livestream in Mumbai recently.

The trailer suggests a plot about a boy called Keshav Rajpurohit from a conservative family, who faces an unexpected turn of events when he goes to visit his ex-girlfriend Zara Lone, a Kashmiri Muslim, in her room. The plot also involves a thriller like format – a first for the author.

‘The Girl in Room 105’ is a fast-paced, funny and unputdownable thriller about obsessive love and finding purpose in life against the backdrop of contemporary India.

This is the first title of the six-book global deal that Amazon Publishing announced with Chetan Bhagat in April this year.

Commenting on his new book Chetan Bhagat said, ‘I am delighted to launch my first collaboration with Amazon, and they have backed me all the way in the process. I am excited to explore the thriller genre for the first time and readers who have previewed the book have given a fantastic response to it.”

Speaking about the innovative trailer, Chetan said, “We now live in an era of screen-invasion and we have to find innovative ways to reach millions of readers. We thought a good way to create buzz around the book would be to create a slick promotional video that will communicate the storyline and the mood of the novel, to create interest in people to pick up the book.”

‘The Girl in Room 105’ is now available on pre-order on Amazon.in. It will be widely available on 9 October 2018 in print, online and at retail stores, and as an e-book on Kindle.