A microscopic view of the newest trend in the ad world reveals why commercials are doing away with popular faces in favour of owners or employees. 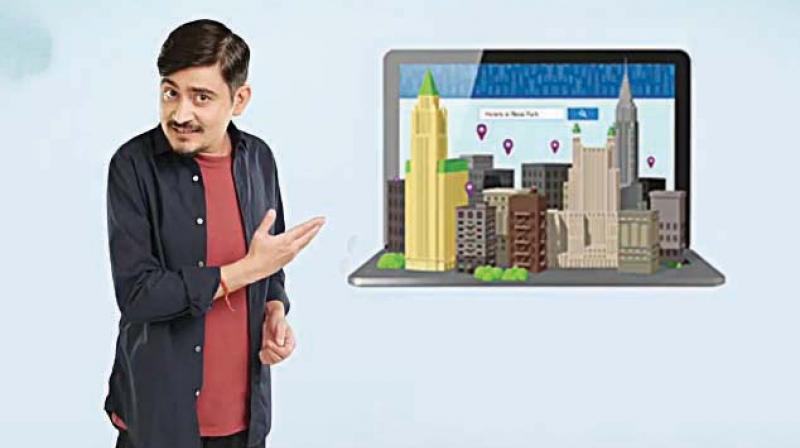 In house: Trivago’s Abhinav Kumar says that they wanted a normal-looking person for their ads

Looks like things are taking a new turn in the advertising world. A lot of ads are taking the celeb-free route — they no longer need famous faces to sell their products or services, nor do they have the patience to keep up with celeb tantrums or pay them big bucks.

In a relatively new trend, owners, managing directors and heads of huge companies are being spotted modelling for their own brands — and they are becoming quite popular too.

Take for instance the Trivago ad guy, Abhinav Kumar, who became an Internet sensation with his lines: “Kya apne kabhi online hotel search kiya hai (Have you ever searched for a hotel online)?” Talking about how the ad came to be, Abhinav says, “Normally, we choose models from the local market. But here in India, male models are all body builders and we are not endorsing a protein shake! We wanted a normal-looking person who the audience could connect with. When we failed to find a suitable person, I was asked whether I wanted to do it.”

Soon after the ad was aired, memes on Abhinav were all over the Internet. However, it wasn’t a lost cause. Abhinav, who is the country manager of Trivago, got what his brand wanted — the viewers’ attention! “It made a lot of heads turn and people said I wasn’t good-looking. But in the end, it worked,” he says. 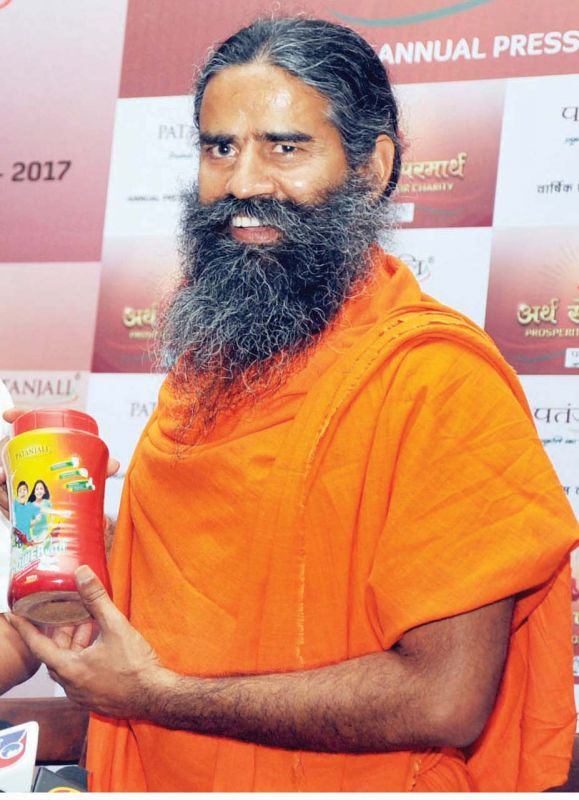 All natural: Baba Ramdev has successfully become the face of his own Patanjali line of products.

In the world of health products too, Patanjali Ayurved’s founders Baba Ramdev and Acharya Balkrishna promote their products themselves on posters as well as video advertisements — and the brand is banking the big moolah!

Ditching the celeb
With the likes of Priyanka Chopra, Deepika Padukone, and Shah Rukh Khan, endorsing endless number of brands, experts say the audience finds it difficult to identify them with just one brand. Just one — but extremely important — of the reasons for brands staying away from celebrities.

“We never cast celebrities as they endorse so many brands and the viewers won’t remember if the person is promoting a television or a car. The celebrity becomes more important than the product. We like to cast real people,” explains Abhinav.

Throwing some light on the matter, Piyush Pandey, co-executive chairman and national creative director of Ogilvy & Mather India and vice-chairman of O&M Asia-Pacific, says, “It all depends on whether you’re in a position to do such things.

Question yourself — if you’re capable enough or you could end up looking funny. For instance, MDH Masala’s ad is traditional and it suited the owner well. But that may not suit the others.”

Rajeev Reddy is another owner of a brand acting as brand ambassador, whose signature thumbs up reminds people of the Country Club. According to Rajiv, modelling for the club was purely a result of his passion for the brand.

“I always believed in being the change we need to see in the world... Being the brand ambassador of my own brand comes naturally to me. Which is why I was the first Country Club member to jump out of a plane at 13,000 feet, the first to swim with sharks in the deep sea, the first to spar with an Olympic boxer — I do all this to inspire my fellow members, to urge them to live their lives to the fullest. Life is fun only when you challenge it. I live to challenge life every day,” says Rajeev, who is the founding chairman and managing director of the Country Club (I) Ltd.

Sneha Iype Varma, co-founder of Nirvana Films, which gave us the famed ZooZoo characters for Vodafone as well as the good old classic pug from the Hutch days, among many other names, shares, “For any person to be the face of his or her brand is quite a bold move. It could be one of two things — either extreme confidence in what you stand for and in yourself, or the innate need for a fix when you see your face plastered everywhere. Whichever way, it’s like being placed on a pedestal and on the crucifix all at once.

“As a consumer, it’s good to know who sells you what you chose to buy. There is authenticity and a first-person claim that helps in some cases.”