Tegite Sagma, sales co-ordinator in a company, has faced this too. 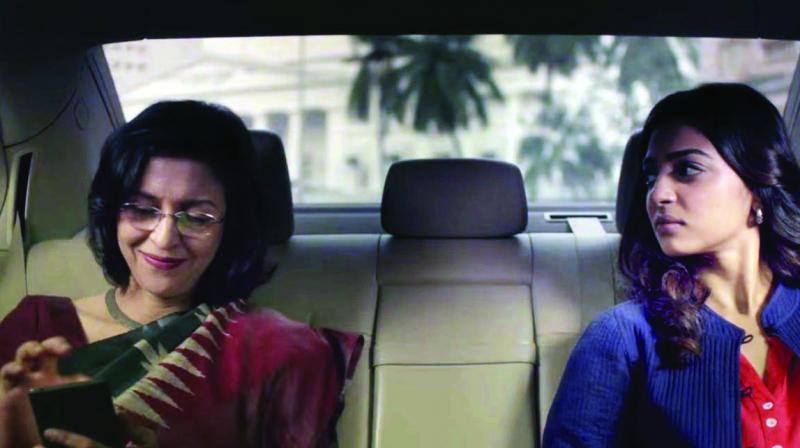 A still from an advertisement for representational purposes only

In dis wrld of txtng n postng, wt hpnd 2 englsh? Wondering what really happened? It seems, the Internet took over our language skills. Shubham Mukopadhyay, who is armed with a Masters in English, has observed that overuse of the Internet and digital devices is leading to a convenience-oriented approach to language. “This has happened to every language and the larger the coinage, the larger the scope for such evolution,” he believes. “This disjointed Internet language is just an evolved form of the language which we already knew. Traditionalists might be outraged but as long as it is useful in communication, it will propagate,” he avers.

He opines, “There is certain jargon, which I may not be aware of but I have no qualms if these become commonly accepted terms. For example, if professionals who work with social media promotions allow these terms to become a part of their daily life and let them creep into their general lingo, it’s fine as long as it’s also effective. Sometimes,even as professionals working in a corporate environment, we don’t care about this until we send external e-mails in that language, which could be frowned upon. Maintaining general restraint will balance the use of language rather than getting buried by this new, broken-wordstyle of communication.”

Tegite Sagma, sales co-ordinator in a company, has faced this too. “I’m into the type of job where I must have good communication skills, both verbal and written. Whilst my experience taught me to be proficient verbally, my extensive usage of the phone has eroded my written language. Short forms and slang sound cool and have attracted people of all ages. While I was used to usingsuch SMSese a lot, I saw the gradual impact of this while sending e-mails. I immediately turned on the dictionary and auto-correct on my phone and now am able to escape the consequences!” she laughs.

This new shorthand certainly helps faster, less formal communication. In an urban ethos where everyone is rushing around and multi-tasking all the time, it makes sense to dispense with anything that slows you down. Even if that means you skip the vowels and punctuation that your school teachers made their life work to inculcate in you. And there’s some hope, as even though everyone on the Internet is using such broken language,the more articulate youngsters of this generation are not only using smarter ways to reinvent their language but also adding rich layers to it. They are also able to switch from the short to the long form of language with ease, depending on what is appropriate to the situation. But there’s a section of society that may not realise it is succumbing to this malaise and self-correct like the more savvy can do.

Chitra Panikkar, English professor in Bangalore University, points out, “This is mostly found amongst students, the middle-aged and the rural population. Both the students and the middle-aged do this as they have a relaxed attitude and no care about consequences. But the rural students, assuming it is a trend, are adopting such language whole-heartedly, which eventually affects their writing during exams. The worsening of English is so evident in the form of texting which is the chief factor. In addition, it’s the attitude of acceptance towards non-perfection and non-standardised language. Both users and non-users set their own parameters for language. Only in certain cases, where checks like examinations, official e-mails or presentations do not allow informal language, standards have to be adhered to.”

Is this the beginning of the end of language as we know it? Letz c.