China: Mum saves kids from burning 4th floor home by throwing them out of window

The children were caught by neighbours but the fire killed the woman in China. 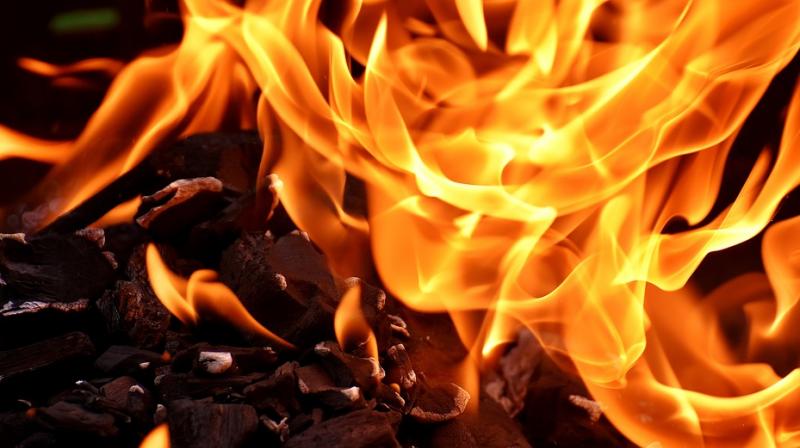 After catching the siblings, the neighbours yelled at the mother urging her to jump, but the woman gradually passed out as smoke billowed out of their apartment. (Photo: Pixabay)

Two siblings in China survived a fourth-floor fire when their mother threw them out of the window for neighbours to catch, according to local media.

Their mother, however, was later found lying unconscious in the flat and died in the hospital, it is reported.

The two children, a 9-year-old boy and a 3-year-old girl were saved by neighbours ho caught them with bed sheets.

The incident took place in central China’s Henan Province, according to Henan TV.

It is said the mother as well as her son and daughter were trapped in their four-floor home after a fire had broken out.

The woman first threw two bed sheets out of their fourth-floor balcony - so her neighbours could use them to catch her children, then she threw her son and daughter out of the window one by one.

After catching the siblings, the neighbours yelled at the mother urging her to jump, but the woman gradually passed out as smoke billowed out of their apartment.

Firefighters later found the mother in the flat and took her and her two children to the hospital where she sadly died.

While both children are safe, the girl sustained fractures on the leg, and is set to undergo surgery, according to Henan TV .