A drowning dog is rescued by a Mumbai Police officer when the city received a deluge of rains. 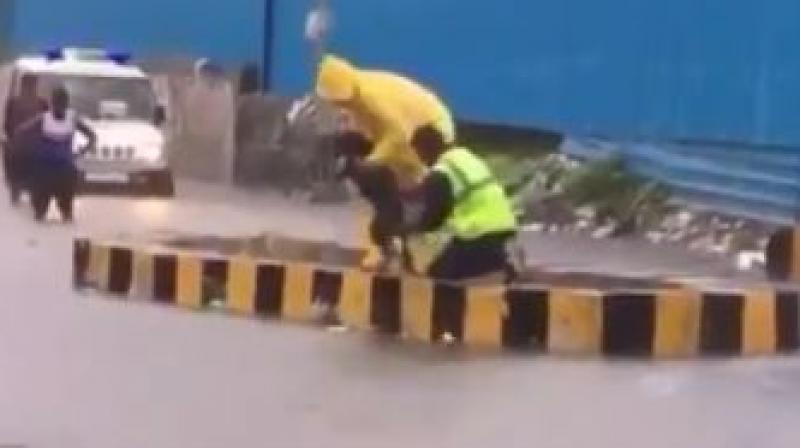 The state police recently uploaded a video of a policeman saving a pooch from drowning, on their twitter handle. (Photo: Screengrab)

Mumbai: As Mumbai continues to drown in rain, it's not just the people who are taking the hit, animals are too. The latest video of a Mumbai police officer rescuing a dog from drowning will reaffirm your faith in humanity.

Heavy rainfall has led to a flood-like situation in many parts of the megacity, causing inconvenience for local residents. As rains continue to wreak havoc in parts of the state, Mumbai police have been on a watch ever since the incessant rains started.

The state police recently uploaded a video of a policeman saving a pooch from drowning, on their twitter handle. In the video, a dog is swimming its way to a police official, standing on an elevated area. As the pup reaches the spot, the policeman pulls him out of the water.

More than 30 people have died in Mumbai in various incidents due to incessant rains as the city limped back to normalcy on Wednesday.

Mumbai recorded the second highest rainfall in the last 45 years causing accidents and throwing traffic out of gear. The city received 550 mm of rainfall over a period of two days, the average of the entire month of June has been exceeded in just last 48 hours.