It’s not unusual for Mumbaikars to run into train singers, crooning off-tune bhajans against the chugging and screeching of the train for money. 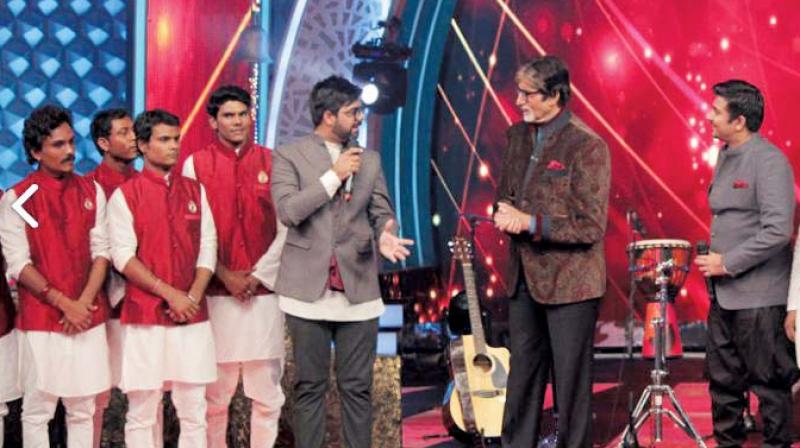 It’s not unusual for Mumbaikars to run into train singers, crooning off-tune bhajans against the chugging and screeching of the train for money. In fact, it's highly likely that at one point you’ve dismissed them for nothing more than homeless beggars. But that wasn’t the case with Hemlata Tiwari, a resident of Mumbai and the founder of Swaradhar, an NGO that hunts for many such talented buskers or street artistes and gives them a dignified platform to perform.

It all started in 2010, when on her way to Andheri, Hemlata spotted a group of musicians performing amid a huge crowd at the station. “There was a group of musicians sitting and playing some wonderful music outside the station and a huge crowd skirted them.  But when the train came, everyone threw money on them and left. When I reached the actual show I was travelling to, people applauded the artistes there and were eager to take selfies with them. Both these factions were artistes, but there was a class divide. So I wanted to bridge the gap between these two stages and started Swaradhar in 2012,” she narrates. 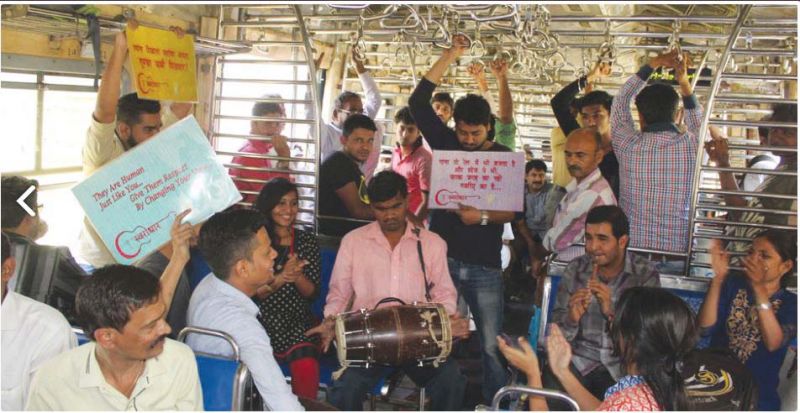 Vilas Lone, who sings on trains, is an independent artist and has been associated with the NGO since it’s inception. He confesses he was initially scared when Hemlata approached him at Thakurli station on the Central line, but was glad he trusted his gut. “Our first programme happened at Andheri in Kumbharwada. At that time people thought we are homeless beggars who would not be able to perform for the programme. But after we performed they were convinced that we are artists. People must not underestimate us; we must also get the status of artistes and musicians,” he asserts.

Vilas has since then gotten considerable recognition and has even appeared on the small screen quite a few times, “In 2016 I performed on Amitabh Bachchan’s show Aaj Ki Raat Hai Zindagi. Now people often call me for concerts, and are acknowledging my talents. It feels great,” says the singer who is blind from birth. 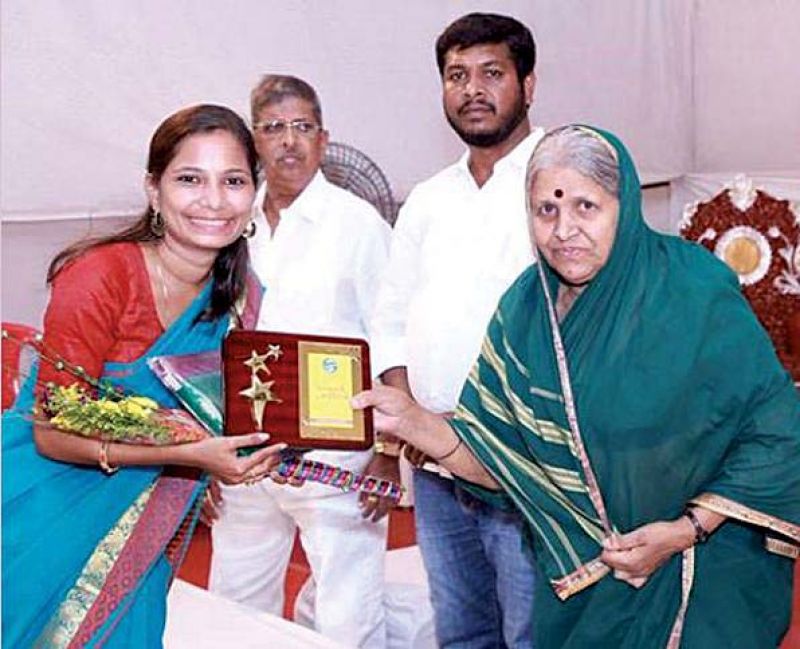 But Hemlata’s efforts are not the only reason these artists get recognised. Some of them have gained popularity by continually putting up stellar performances on the platforms of Mumbai. One such man is Irshad Sheikh also known as Saleem Shaikh, a blind flautist who busks at Dadar station everyday from 12 pm. Sheikh’s melodious tunes cuts through the cacophony of the ever bustling Dadar station like a whiff of cool air on a warm summers day. “I play at Dadar station every day from 12pm to 8 pm. It takes a lot of effort. Before Swaradhar I was already famous on the Internet and I sometimes join the NGO for shows too. I am 38 years old now and I have been playing for more than 20 years. It takes talent and hard work to reach where you want to be,” he says.

While one would think that despite the efforts of the NGO, these artistes still have to resort to singing on platforms, Hemlata clears the air, “Our motive is not to get them out of the train, but to help them pursue what they are already doing. Here we are working on another level that is advocacy. We want to establish a street performing culture in our country. Just like artistes perform on streets in the western countries. Our real motive is to give them an identity and financial upliftment.”

On one hand where singing in trains is treated as a means of livelihood reserved only for the differently abled, two brothers Jeetu and Fatehram Goswami aged 25 and 24, busk in trains merely for love of music.  Both of them sing on the Central line and play the daf (dufflee). Jeetu explains, “People tell me I am too young to be singing in trains and I must get a real job, but what they don’t understand is that I love singing. People think differently everywhere; some people tell me I sing really well, while some tell me ‘aaage jao’. I have to comply because it's a public space and the nature of my work is like that. I earn Rs 300-400 an hour and sing for one and a half hours daily.”

“Now performing at shows and being able to play for audiences gives me the happiness and confidence I need. And I don’t want to leave music. My first big performance was on the Star Plus show Aaj Ki Raat Hai Zindagi with Mr. Amitabh Bachchan and on talent show Chala Hawa Yeu Dya,” he adds.

But Jeetu feels that he still has a long way to go and just getting recognised isn’t enough, “I was  born in a very poor family where my parents couldn’t afford an education for me. My father had cancer, so I used to accompany him and have been playing the daf since I was 11-year-old. I sing only religious songs and have faith in god that I will reach somewhere in life.”

His brother Fatehram agrees with his brother, “If we think too much about what people say, we won’t be able to get on with our lives. All we want is to get a good platform, some standing in life and we want to change people’s perspective about street artists.”

Swaradhar has now identified 200 such street artists, but works with only 45 of them currently. Hemlata informs us that some of these artists will soon be seen performing on the Star Plus show ‘Sabse Smart Kaun’ in the coming week.

So the next time you see a street artist and think of him as a beggar, ponder upon the poignant words of train singer Hussain, “I am a walking-talking orchestra. And if you think this is easy, come along with me someday. Sing in a high pitch for eight hours and match me note for note, then you’ll know the soul I put into my art.”