Booth introduced his version of the vacuum cleaner. 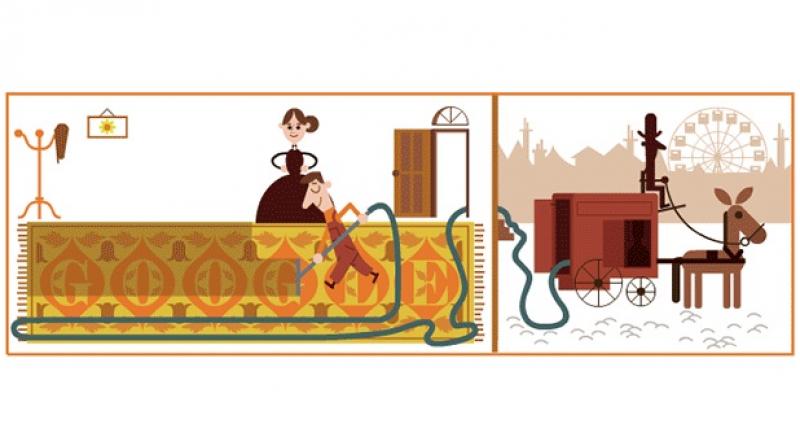 "After seeing a demonstration of the "pneumatic carpet renovator" blowing dirt out of railway cars, Booth tried an experiment. Laying his handkerchief on a restaurant chair, he put his mouth on the table cloth and sucked air through it. Inspired by the results he set to work on his first design-nicknamed "Puffing Billy"-which was powered by an engine so big it had to be pulled around by horses and parked outside the house to be cleaned," a Google release read.

He is also credited with designing Ferris wheels and suspension bridges.