Now 21, the Bengaluru-based youngster has seen her persona take on many more eclectic fronts over the last five years. 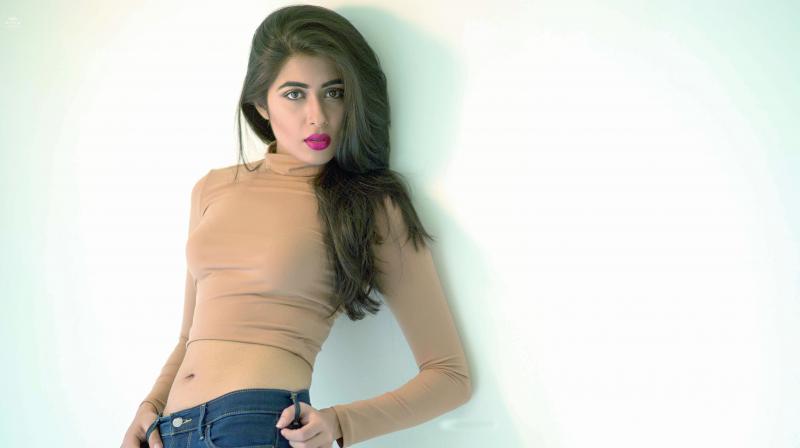 Nikita Sharma was just 16 years old, a vivacious teenager, when she decided to start her association ‘Silver Linings’ — her dream venture to support cancer awareness, and do her bit to educate the world that little bit more about the disease.

“During high school, I lost a lot of people to cancer, and I vowed that I’d do something to help the cause. It started off a small initiative, but its heartening to see how its grown today,” she begins the conversation.

Now 21, the Bengaluru-based youngster has seen her persona take on many more eclectic fronts over the last five years —that of a fitness enthusiast, motivational speaker, a microbiologist, a dancer, model and beauty queen to boot!

“Yes, I participated in Miss India, and finished among the top three finalists in the Karnatake state, and won a slew of sub-titles as well. All this happened quite recently, when I decided to get into fitness (having been a chubby kid) and pushed myself to hit the gym. I lost 30 kgs in two years, and that’s when I decided to get into modelling and walking the ramp. Now, I have friends asking me for my workout routines, saying they are totally wowed by my transformation!” she grins.

But though the glamour world fascinates her, Nikita’s focus is clear today on her cancer activism  “That’s why I took up a relevant microbiology degree as well to research on the same, as well as hold camps, rope in volunteers, conduct workshops and seminars, etc to tell people about the disease.. and it’s just that — a disease that can be fought, and not fatal as everyone believes it to be. We want to help people dealing with it on the psychological and emotional fronts, most of all.”

As more and more people heard about her, Nikita’s social media accounts and her Silver Linings organisation gained popularity, and to her credit - she remained as accessible as ever. “People were constantly writing to me, asking how they could get involved. We started collaborating with a lot of similar projects, and now, the plan is to make it an NGO, and further the work for the cause over the next few years.”

Honoured with the Young Woman Achievers Award from the International Woman Empowerment Conclave (IWEC) recently, she is determined to handle the multiple aspects to her life continually -- with consummate ease, as she always has. “Now that I’ve had a taste of the glam and fashion world, my next step is to act in films. I’m excited about it, as that will only help me shed more light on my organisation and bring it more visibility. At the same time, I’m also going to be working on my cancer research too whenever I find time. I don’t see myself having any problem straddling many fields; all my work goes hand-in-hand!” Nikita signs off.