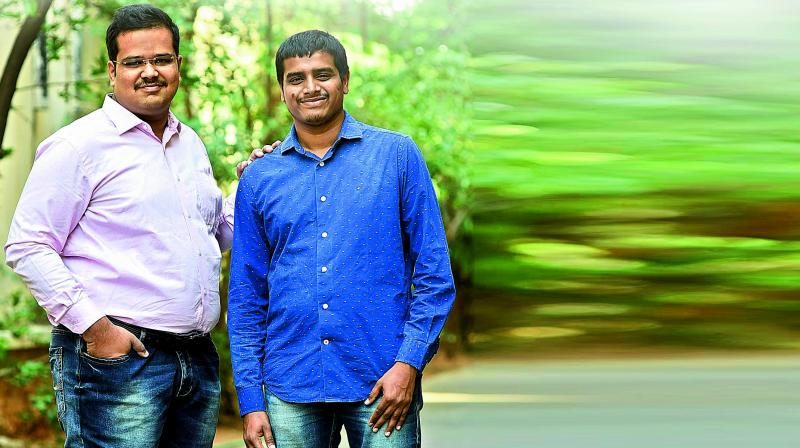 Two 20-year-olds from CVSR College of Engineering, Hyderabad are taking cyber security to the next level by using keyboard typing as a biometric for authentication.

Are there times when you forget your passwords and often use the same one to access different websites? With everything being digitised in the country, hackers are becoming more dangerous than ever before.

Two 20-year-olds from CVSR College of Engineering, Hyderabad are taking cyber security to the next level by using keyboard typing as a biometric for authentication. They are also using blockchain technology, Artificial Intelligence and device profiling to make the Internet a safer place for people. Surya Subhash and Kaushik Bharadwaj’s solution takes into account the user’s typing pattern along with the password to stop the hacker from logging onto the website.

“Kaushik and I worked together on many college projects earlier, and one day, we started discussing cyber security. I have been researching in this field for several years and I thought it was time to do something. We then started a discussion on Facebook and now, there are five to six people who are part of our project, Primeauth. Everyone is looking at digitalisation, but what about digital security and threats? We aren’t making much money through this, but we believe in building a global product,” says Surya, a 4th year B.Tech Computer Science Engineering student.

Initially, the two of them received a lot of criticism. “When people got to know that we’re just 20 years old, they did not take us seriously. But things are now changing and we’ve won the Best Product award at the Hyderabad Software Enterprises Association design summit. We also won an award at the Smart India Hackathon that was organised by Jawaharlal Nehru Technological University, Hyderabad,” adds Surya.

The two spend time after college, discussing their ideas. “Though my parents were not very supportive of me spending time on this project in the beginning, once I told them what this means and when they saw the results, they have been my strength,” says Kaushik, who is also a YouTuber, with his videos on technology receiving almost three lakh views.

Talking about their challenges, Kaushik adds, “I’ve had a lot of differences with Surya, but we realised that it’s all a part of life. And our criticism is always constructive. We were also concerned about bigger companies creating patents of our idea, but we began concentrating on our USP.”