According to this Swiss thespian, theatre is about interaction and expression, which he wishes to share on his India journey. 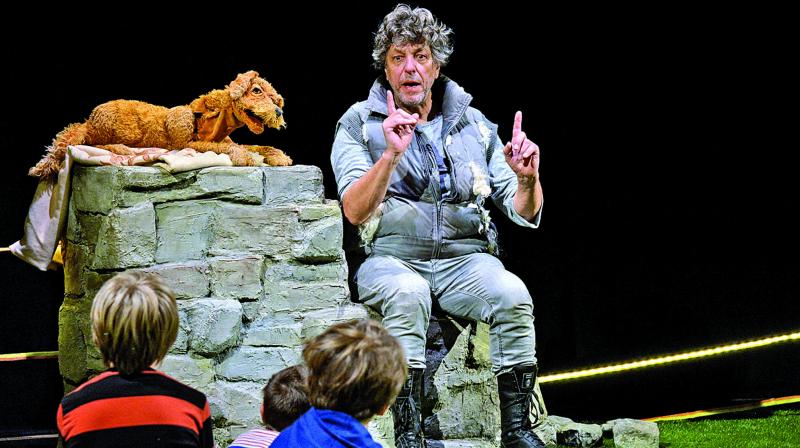 A touch of Swiss theatre

The summer vacations and the host of workshops that pop up in their wake spell opportunities not only for Indian trainers but also expatriate instructors, who are being roped in to share their ideas and experiences.

One such trainer, Peter Rinderknecht, a Swiss citizen, will hold a two-day theatre workshop on April 14 and 15 at Si Bambai, Kala Ghoda.

The workshop, which includes dynamically planned interactive sessions, is being organised by Si Bambai in collaboration with Pro Helvetia, the Swiss Arts Council.

Expressing exc-itement at the prospect of meeting new people, the theatre practitioner, who has been involved in the craft for more than 40 years, says, “It is all about meeting and interacting with participants rather than teaching them the tools and techniques of acting. Meeting like-minded people is always an adventure.”

Peter, no stranger to India — has visited the country many times for various workshops and performances, says, “We get a good number of audience members in Switzerland. But I have observed that not many people in India are interested in theatre. In Mumbai, we get a good response, but not a great one in a city like Bangalore. Usually, a young mind is not aware about good theatre. Therefore, it is important to introduce the art form at the school level.”

Delving into the decline of performance and community-based art forms in both the countries, the thespian says, “The new generation is not aware about performing art forms. I believe the situation is almost the same in India, and hence, we as performers and art lovers have to try and secure it. It is important that we prepare contemporary performances with some elements from performing and community theatre.”

Talking about his upcoming workshop, Peter says the focus is will be on interactive sessions. “I believe theatre is all about exchanging ideas and expressing self. I would like to do some exercises with the participants that will help them to build discipline and concentration.”

“I believe in performing alone on stage so that I can focus on the performance. It is very important to keep a reality check while performing. An actor’s reality is different than the audience’s,” he smiles.

After spending more than four decades in the field and showcasing his talent in various films in myriad languages, the veteran says that it’s theatre he enjoys the most. “I enjoy being on stage rather than being in front of the camera. The audience give me energy to perform and hence I want to see them in front of me so that I can share my lifetime moment with them.”

“Performing on the stage is a family thing, it is likebringing the audience to your portrayed world and keeping them away from your actual reality at the same time,” he adds.

On his extended journey to India, Peter wants to explore many places and intends to witness a few local theatre performances too.