Viral hepatitis is caused due to contaminated food and water. 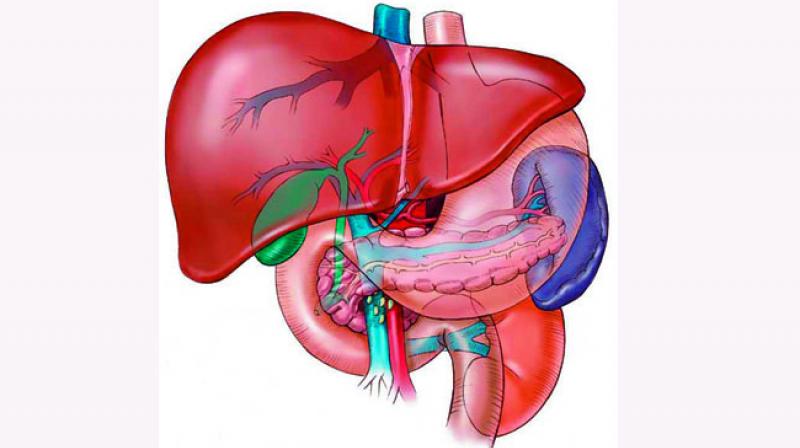 Most cases of the infection that have not been diagnosed in time have known to advance to liver cancer.

With the number of cases of viral hepatitis on the rise, Indians need to be wary about the food and water they consume, and also about general hygiene practices.

With four crore people suffering from Hepatitis B and 1.2 crore people suffering from Hepatitis C, it has been found that viral hepatitis is the cause of liver cancer in 80 per cent of the cases. The rising numbers in India are a cause of concern as it has been found that if the disease is not tackled properly, then it has the potential to cause another epidemic in the country.

Viral hepatitis is caused due to contaminated food and water. It is also caused due to the re-use and non-sterilisation of infected needles and unprotected sex. “Lack of sanitation and excessive consumption of street food have been found to be the two leading causes for the highest incidence of the disease,” explains Dr B. Prabhakar, consultant medical gastroenterologist at Apollo Hospitals.

Why is viral hepatitis on a rise in India?
The number of cases usually peaks through the monsoons when food is more susceptible to contamination. It is also likely to occur through summers, when drinking water may be supplied from various sources. It is very important that pregnant mothers be protected from this infection as pregnancy heightens vulnerability to the infection. Even in hostels where hygiene conditions may be compromised, students are at a higher risk of catching the infection. Until about fifteen to twenty years ago, the infection was largely seen in children. Now, however, more adults and adolescents are beginning to suffer from viral hepatitis.

With India now recognising it as a major public health problem, what are the steps that must be taken at the government, community and individual level?
The biggest problem in India is the lack of sanitation and often, the water used for cooking purposes. Many infected individuals are not even aware that they are infected. Symptoms of viral hepatitis mimic those of jaundice — yellow eyes, yellow skin, yellow urine — and occur at a later stage in the disease. Hepatitis B and C are also found to be spreading through contaminated blood and other fluids in the case of blood transfusion or reuse of needles. Most of the aforestated triggers can be prevented if the medical fraternity ensures proper sterilisation and safe practices. Other situations in which viral transmission is known to occur include dental procedures where the tools are not properly sterilised, sharing of razors (mostly in hostels) and also tattooing.

It is stated that 80 per cent of the cases of liver cancers are due to viral hepatitis. Is this true?
Most cases of the infection that have not been diagnosed in time have known to advance to liver cancer. There are also other factors involved like alcohol abuse, alcohol-related liver diseases, and non-alcoholic fatty liver disease that can lead to this condition.

What is the medical treatment for both these diseases and for how long must the person carry out the treatment?
Hepatitis B requires antibiotic treatment and the course has to be completed. The individual must also exercise caution in terms of the food and water that he/she consumes. Hepatitis C, owing to the latest developments in medicine, can now be treated in 12 weeks.