Despite the capital being on high alert, Delhiites came in numbers to celebrate the mega food truck fest. 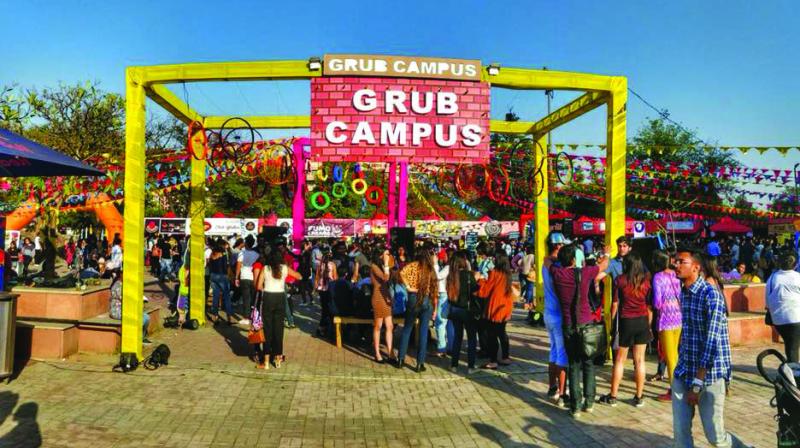 When it is the weekend and taste buds crave for something new and fresh rather than the monotonous dal-chaawal. There are cries of the public for something different but it has to be within a budget. Restaurateurs, chefs and sou-chefs find it extremely difficult to curate menus for the constant demand of something new as it comes with a constraint of a budget.

With an aim to find a somewhat solution to this dilemma, a three day food festival titled, ‘Horn OK Please - Delhi’s Happiest Food Festival’ was organised by Digant Sharma, founder, So Delhi. “Most food festivals feature eateries and dishes that have skyrocketing prices, and with the 5th edition of the festival, we aim to offer delicious food and more at pocket-friendly prices”, he says.

This festival was a family-friendly food carnival showcasing 150+ eateries from across the city. However the fest was not just a plethora of food stalls. The festival included a flea market called ‘Quirk Bazzar’ which featured souvenirs, stationary and apparels. Along with that, the public could have tried their hand VR, Bungee, Bull Riding, Segway & ATV rides in a zone called ‘Experience Zone’. 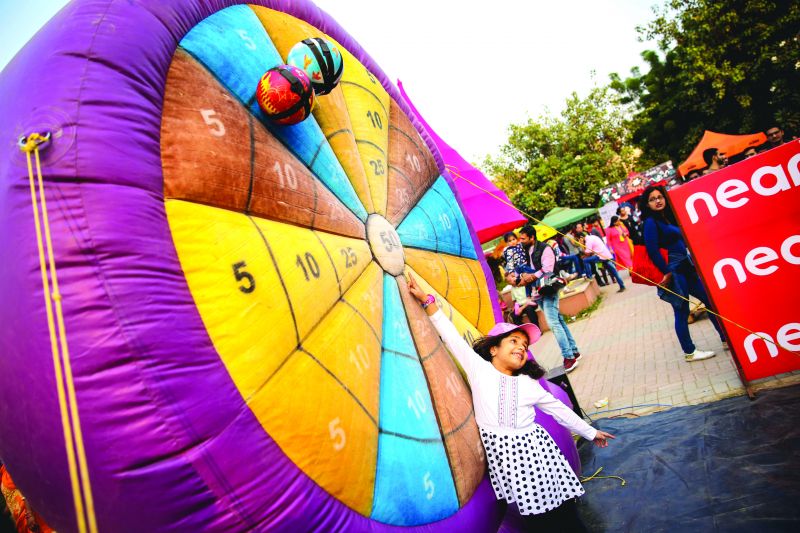 Coming to the food side of the fest, there were food carts and food on wheels also known as food trucks that served food at reasonable rates and food stalls that served items that one could not have even imagined. Whether one wanted to have a simple pizza or one craved a pancake or waffle; if one craved oriental or a simple kathi roll, it was all there.

“When we started this even this, it was essentially a food truck festival. But as you can see now that it has evolved into a full-fledged festival which has different type of zones, bars and these experiences like laser tagging, etc so it has evolved into a carnival”, he says. When asked about why did he use food trucks as a part of the festival, he says, “To start of with, we took up a niche of food trucks in 2017. They were essentially the thing in Delhi-NCR.” 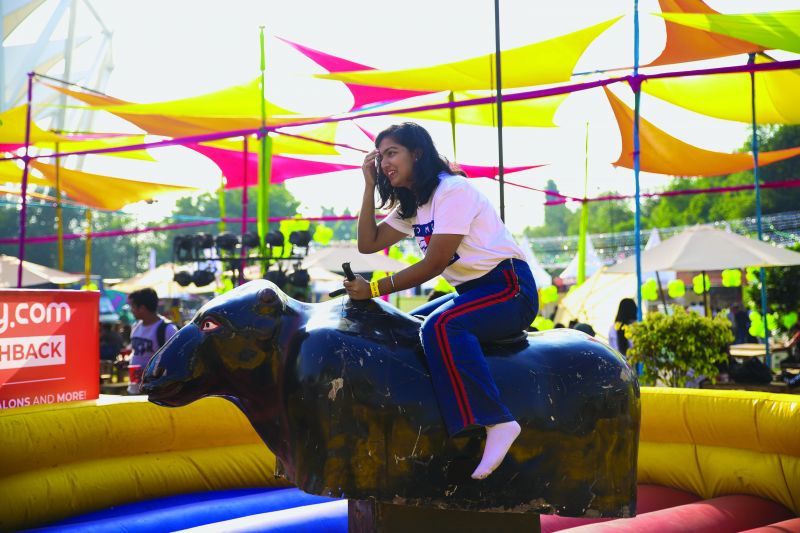 “We target the family crowd, the school going crowd as well. These are people who want to come out during the day and Delhi weather as you know after March gets a bit warm so we need to drive footfalls because we have so many exhibitors who are showcasing and we want as many people to try their food”, he says in response to why this festival is hosted in this time of the year. He was upbeat about the responses received for this fest, which is its fifth edition. He says the number of exhibitors have increased since they started in 2017 increased from 25 to 175.

The food trends change constantly in Delhi at one moment, momos are trending then suddenly waffles are trending and it may be difficult to curate festival menus.” We try to keep up with digital and social trends to ensure that people get to try products which are trending on social media on ground as well”, he says in response to keeping up with the food trends. The organizers themselves curate the menu for the fest, he says adding, “We get over 2000 applicants for exhibitors to showcase their products over here and we ensure that there is a good mix of exhibitors.”

Kishneet Sethi, chef, Sugar Loft feels that much of the crowds coming here in the last five editions of this fest are young. “There’s a lot of food trends right now. Especially now with the instagram world, right now I feel is more than the food trends, we are focusing to have something that tastes beautiful and looks even more beautiful because everyone’s taking a snap and posting it online”, she says in response to how difficult it is to keep up with the dessert trends. When asked about her thoughts on experimenting with various ingredients, she says, “I love experimenting! I love trying out new things. My favourite thing is to experiment with fruits especially seasonal fruits.” She however feels that with the advent of social media, it is not that easy to launch oneself as a baker or a chef.

She was assertive in saying that the trend of food trucks would not take over the restaurant culture adding, “I think the whole charm of sitting in a beautiful restaurant and enjoying your food is very different from sitting in a food truck.”

Sarthak Kathuria, a customer and a blogger believes that everyone can share their opinion as most have a social media account irrespective of the food knowledge one possesses. “The genuine reviews that you get out of people by the word of mouth, I think that’s gaining more attention”, he says when asked about the trend of people reviewing things online. He feels that with the kind of variety this food fest has, people are trying new things.

“They’re (food trucks) here to stay and I am pretty sure they’re going to evolve with time and I really hope they do because we get to spend a good evening with friends and experiment with so many food joints here”, he concludes in response to the future of food trucks.