January is, of course, the month when we ditch bad habits and embark on healthier ones and veganism is a step in that direction. 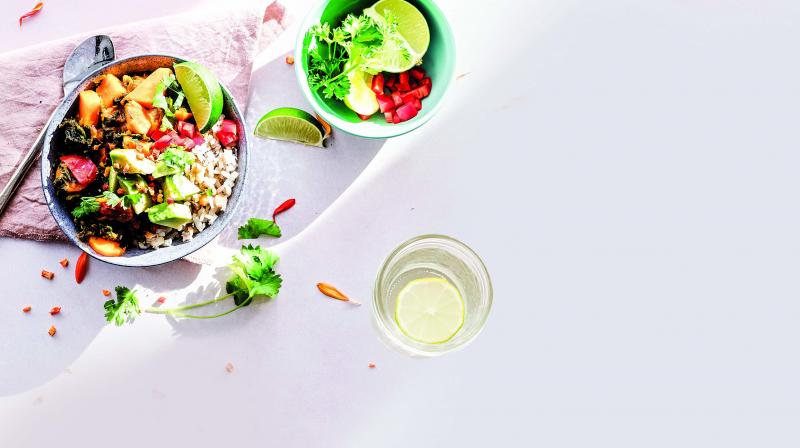 Veganuary will have a particularly exciting run in Mumbai as the city will host a talk and trek conducted by Kuntal Joisher, the first vegan to summit Mount Everest.

While many of us enjoy ushering in the New Year with a good amount of inebriation and partying, there are also those who like to start the year with a resolution, one that will add value to their lives, and hopefully, stand the test of time. This year, Earthr.org, a global non-profit is bringing the popular UK-based charity, Veganuary – a month-long event that encourages people to try vegan food in January and through the rest of the year - to India in the hope of encouraging us to start the year on a vegan-friendly note. Along with celebrating veganism, the event also champions the Veganuary Dietary Pledge, which encourages you to embrace plant-based foods by learning more about veganism and its purpose. Though Veganuary was launched in 2014 and has seen the participation of 193 countries, this is its maiden venture in India.

“January is when people make resolutions and so our international partners thought it would be the perfect month to encourage people to try something new,” ventures Dharmesh Mehta, the national coordinator of Veganuary India 2019. “From January 1st to 31st, communities all across India shall celebrate vegan diets and help non-vegans try veganism for a month,” he adds. Events will be conducted in 15 states while the participation of about 50,000 people online and offline is being anticipated. Every state is scheduled to host a plethora of fun events, like speed dating for vegans, food tasting, vegan markets, cooking workshops, road trips and lots more.

Veganuary will have a particularly exciting run in Mumbai as the city will host a talk and trek conducted by Kuntal Joisher, the first vegan to summit Mount Everest. Additionally, one can participate in plant-based diet and nutrition workshops, vegan potlucks, quiz contests, film screenings and cooking workshops that teach you how to make a range of delicious vegan meals — from main course dishes to delectable desserts to salads and smoothies. The events will be conducted by prominent names in the vegan world and will also see the participation of the event's brand ambassadors - Monica Dogra, Anushka Manchanda, Rohan Hingaroni and others.

“We’ve taken a very different approach in India, as here, it’s not so much about ‘activitism’ as it is about celebration. So it’s not just about ‘trying veganism in January’ but about celebrating veganism. It’s an inclusive, positive celebration and we hope many people join in the festivities,” says Dharmesh, who also insists that Veganuary isn’t only for vegans but everyone. “There’s no gyaan-giving, naming, shaming or insulting. It’s even okay if you don’t want to use the term ‘vegan’. We are focussing on telling people the benefits of plant-based foods on animals, our own health and the environment. The point is to encourage them to try plant-based diets and support them as they navigate veganism,” he adds.

Hence, once you sign the Veganuary pledge, for the next 31 days, you will receive daily emails with vegan-friendly recipes, helpful tips, myths and facts about veganism and other articles to make your transition to veganism smooth and enjoyable. “There are 31 Indian and 31 international recipes that have been shortlisted, keeping in mind different cooks, like working professionals, new age moms, tradition-loving cooks, etc. Also, since India is heavy on dairy, we have created a special section on dairy replacements. Apart from the emails, there are also offline vegan meetings and forums you can attend. So, don't be daunted by the thought of turning vegan, we are here to support you,” says Dharmesh.

As the world grapples with global warming and the impact of climate change, this January-based event envisions a happier, healthier future, if only we are willing to try something new.