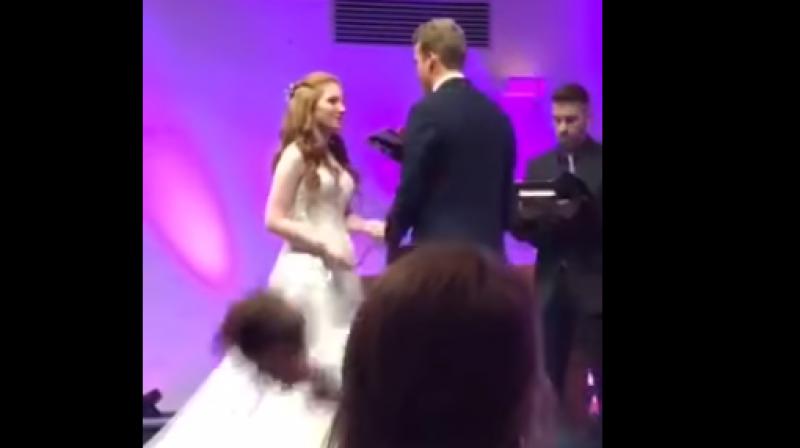 Weddings are a special occasion and everyone hopes the affair will go as smoothly as possible. (Photo: Youtube/NoahNicholls)

What's worse than having a man fall flat on his face during your vows?

Weddings are a special ocassion and everyone hopes the affair will go as smoothly as possible.

However, this bride and groom definitely didn't anticipate their special moment being ruined.

A guest at the wedding, social media user Noah Nicholls uploaded a video on Youtube titled: “I was in a wedding and smashed my face.”

The 11-second clip shows Nicholls falling flat on his face just when the bride and the groom were exchanging vows.