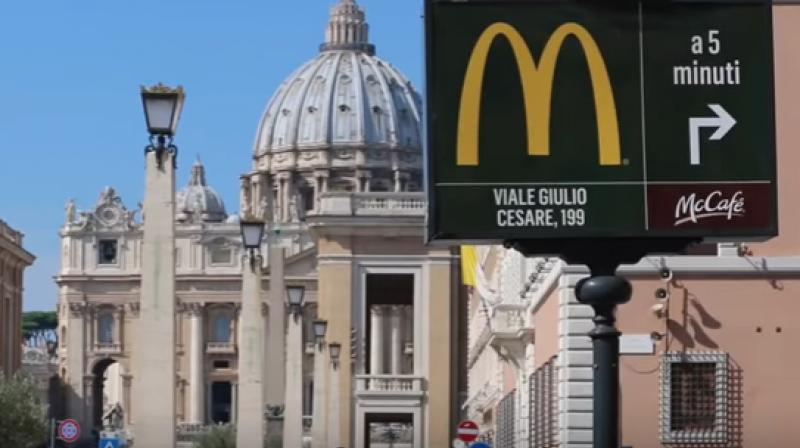 The fast food joint opened on December 30 on the picturesque Borgo Pio with a subdued exterior. (Photo: Youtube)

McDonald's has opened a franchise just steps away from the gleaming white marble dome of St. Peter's Basilica, giving indigestion to some cardinals and local business owners.

There was no fanfare for the Dec. 30 opening of the U.S. fast food giant's new venue behind a subdued exterior on the picturesque Borgo Pio, just outside the spiritual home of the world's 1.2 billion Roman Catholics. When the plan emerged last year, one of its most strident critics was Cardinal Elio Sgreccia, who said McDonald's fare was far removed from Roman gastronomic traditions and not the healthiest of foods.

"The mega sandwich shop on Borgo Pio is a disgrace," Sgreccia told La Repubblica newspaper at the time."It would be better to use those spaces to help the needy of the area, spaces for hospitality, shelter and help for those who suffer, as the Holy Father teaches," Sgreccia said.Despite the holy outrage in some quarters, two nuns were spotted on Tuesday lunchtime going inside the fast food joint.