Much ado about nighty

Is the recent ban on nighty an absurd decision or a case of gender inequality? 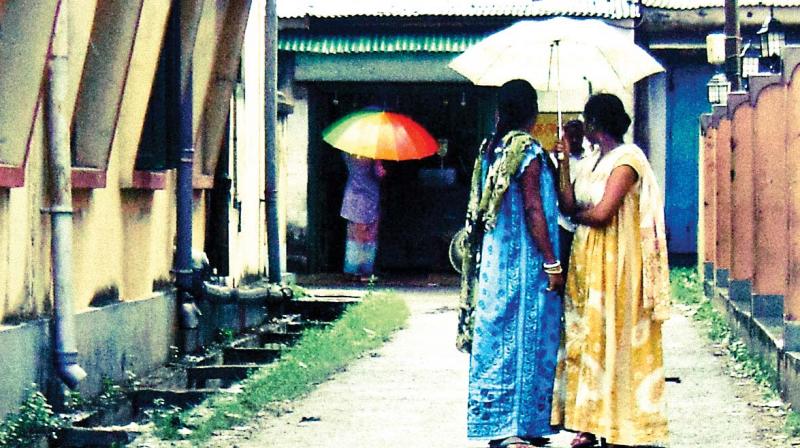 Recently, a village in Andhra Pradesh banned women from wearing nighties during day time, drawing flak from various quarters. The Tokalapalli village heads ordered that women cannot wear nighties from 7 am to 7 pm. Nighties, which were originally sleepwear, are the preferred daytime dress for most  women, especially housewives, across Indian cities, towns and villages. Interestingly, the village council which came up with the ban was headed by a woman. Those who violate the ban will have to pay a fine of `2,000. Not just that, those who give information about the women violating the ban will be rewarded with `1,000. The villagers believe that wearing nighties outdoors could draw attention and invite trouble for the women. However, no one has been fined yet.

A few people, including men, opposed the ban initially, but they had to change their stance because of the fine, which is a big amount in the village where fisherfolk constitute major population. Similarly, in 2014, a women’s group in a village near Mumbai had termed wearing nightie during daytime as an ‘offensive practice’ and threatened to charge a fine of `500 on violators. India being a democratic country, people have the freedom to wear any attire they wish to. Do these kinds of bans regarding attires seem absurd? Or as the council claims, do nighties draw unwanted attention and create trouble for women? Then, what about other attire? Since the ban is always on women’s attires, does it mean that men can wear anything they prefer?

Why isn’t a council deciding what men should wear? Isn’t this a clear case of gender inequality? The intolerance has started with a simple piece of cloth; will it spread to other attires, too?

Women, stand up for your rights
Sreelatha Nair, blogger
It is disheartening having to stand up against the breach of basic rights of people. The very existence of our democracy is being questioned here. In a country advancing in the track of developments, we cannot afford to witness such illogical wiles and pitches shot on a society. What to wear is undoubtedly a personal choice. There is no way we should buy such fallacious orders. Nighties are welcomed as one of the comfort wears by our women across the country. In this context, the culprit is not just a patriarchal society, but the dropped down self-esteem of women who chose to surrender to the same. This is one of the instances where women not only failed to stand up for their rights, but also enslave themselves under folly societal perceptions. If the eyes are tainted, any attire will look provoking. What has to be treated is the mindset of people.

Lungi eternal, nighty banned
Dr Mamta Shah, psychologist
Nighty, maxi, kaftan, whatever you may call it, has been used by women all around the world for ages. A nighty in its very name has night in it, and in the Indian imagination is associated with provocative sexuality. Hence, it is understandable at one level that people, including women, would not want to risk any disruption to the family through sexual provocation. The difficulty is that all the responsibility for sexual provocation is laid on the woman whereas men’s sexuality is taken as a force of nature, which should not be provoked. Hence, what they wear is never in question: the lungi is eternal but the nighty is banned.

It’s gender clothing psychology
Prianka Padhi, psychologist
Our clothes make a huge difference to what people think about us. People make their assessments in the first few seconds of seeing another; assessments that go way beyond how well you are dressed. Differential gender-biased standards on what a man and woman should wear and being judged as less competent according to dressing style, is a part of gender clothing psychology. It is important to choose our dress style carefully. But the choice has to be of the person. If it is a distraction for another person, then it is more about the other person’s perception. We call it as confirmation bias where we tend to listen to those things which will confirm or prove our thinking perception on a point.

Mindset should change
Aishwarya Honnavalli, psychologist
I think any kind of ban is undemocratic. I also read that the women didn’t oppose this rule. There is an element of inequality in this matter. A woman’s clothes should not “invite unwanted attention”. As a country and a society, we need to work towards changing our mindset. We have been brought up with an internally pre-programmed idea of sexism – even women believe that at some point – that they are at fault for what went wrong with them. We have been brought up in a way that normalises victim shaming and blaming.

Ask about men’s attire
Rochelle Potkar, social thinker
Women should also be surveyed for what makes them uncomfortable about men — their clothing, social behaviour, and roadside conduct. That too should be rectified with penalties imposed by the council. Maybe Tokalapalli is on its way to becoming a model town. Though all said and heard, the nighty is hardly a revealing attire, its more tunic-like — a functional piece of clothing for many a plebeian.

Attire no reason for assaults
Dr Vivian Kapil, psychiatrist
Putting the blame of offenses against women on their attire points to a false mindset of society. This way of thinking and victim blaming can be detrimental to the psychological well-being of an individual, and will restrict their freedom and opportunities. There are countries with strict norms regarding dress code of women, but sexual assaults are only increasing there, as compared to countries that ensure equal opportunities for women. The psychology behind these offenses involves a range of components such as domination, power, control and humiliation.