The duo soar over the beautiful landscape and approach a small plane. 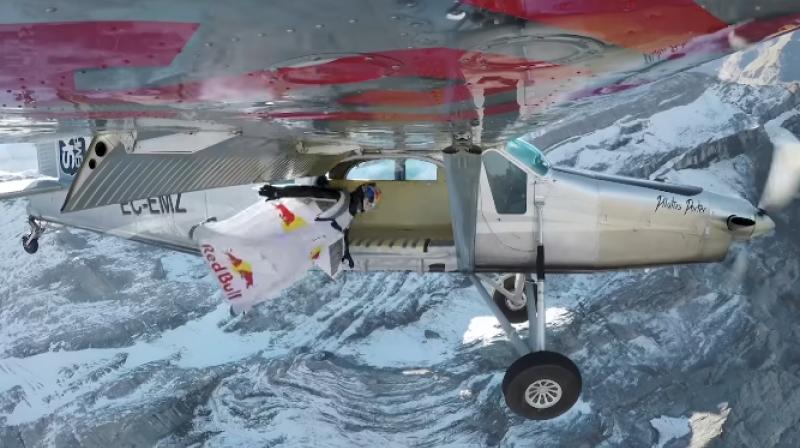 Usually thrill junkies go for adventure sports like skydiving, which requires them to jump off a plane, however this French pair known as the 'Soul flyers' one upped the usual and decided to jump into a moving plane.

The duo soar over the beautiful landscape and approach a small plane, there is no sound except the wind until the man in the plane yells out, "Go for entry, go for entry."

The pair successfully make it into the Pilatus Porter light aircraft and recieve resounding cheers.

The team included the two fliers, pilot Philippe Bouvier and navigator Yves Rossy, completed more than 100 practice flights in Empuriabrava in Spain in preparation for the spectacular stunt with many attempts not going to plan.

The duo spent several months training for the B.A.S.E jump as part of their A Door in the Sky project.