The video showing staff denying service to the woman for her attire caused outrage on social media. 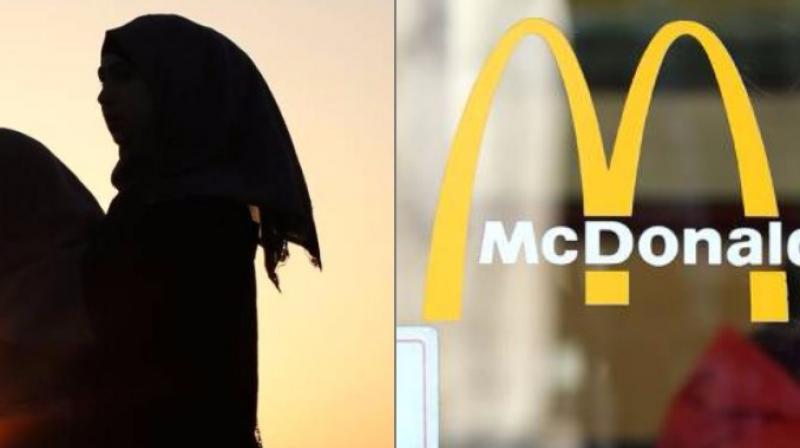 The incident took place at an outlet in London (Photo: AFP)

Fast-food chains have come under fire on social media on several occasions for different reasons ranging from flouting food safety norms to mistreating customers. In the past few years, McDonald’s has faced flak for asking people to not feed the homeless and for cockroaches as well as maggots found in food.

The woes don’t seem to end for the popular burger destination as a new video showing an employee at one of its outlets in London asking a woman to remove her hijab has landed them in trouble.

Here is the video of the incident, occurring at McDonald's on Seven Sister's Road in Holloway, London. pic.twitter.com/07acmBYdjB

Social media erupted in outrage as soon as the footage went viral and many people were shocked to see such discrimination in a city like London. Meanwhile the man who defended the woman was also lauded by many.

We will be contacting the relevant authorities to ensure this is dealt with. It is disgusting that hate crimes and discrimination are so prevalent in this country, especially in such a diverse city like London. We cannot be silent bystanders to this hate.

my friend was refused service at mcdonalds today in London because she wears a hijab and the man gestured at her to take it off...that is NOT OKAY, that is discrimination, its a HATE CRIME, i am fuming...

I am so angry. A little teary-eyed. This is not okay. I am so proud of you for standing up for yourselves. I will stand up for you too. @McDonaldsUK you better make this right. With more than just a statement. Fix this. You have the ability to make changes. Do it.

The fact we r in UK and having to debate what a woman can wear and can’t is beyond me. She can wear her nickers on her head and even then it shouldn’t be our bloody business. 🤦‍♂️

After facing backlash on the internet, McDonald’s decided to clarify its stand and apologised to the customer for what she faced.

We don’t have a policy which restricts/ prevents anyone wearing hijab or any other religious dress from coming to restaurants. We welcome customers of all faiths & apologise to the customer as this situation shouldn’t have happened

This comes as many incidents of women being targeted for wearing a hijab in the past few years.