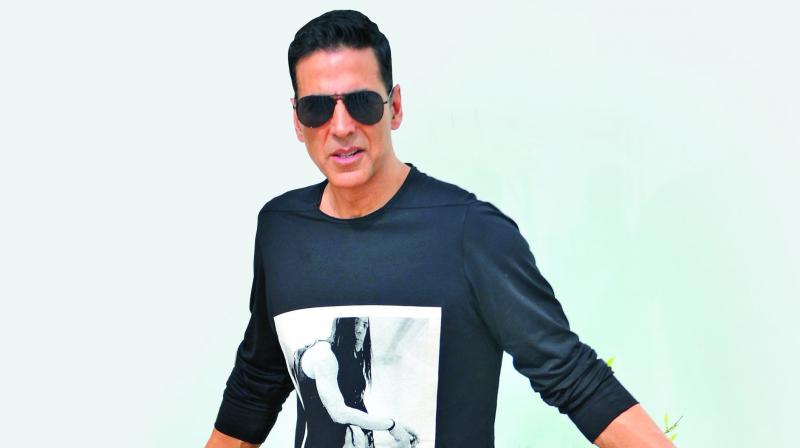 Akshay Kumar may have been in hot water last Friday because of Housefull 4’s unfavourable reviews, but that was short-lived. The film made approximately 19 crores on its first day of release, though its exact financial success is unclear with multiple reports pointing at its exaggerated box office figures. The actor is, however, nonchalant about the allegations and asserts, “The film has been produced by Disney, who make films worth millions of dollars. Three or five million makes no difference. You are talking about Disney corporate, and not some random, unknown organisation.”

The film marks the actor’s 13th consecutive hit, which he credits to his fans and the audience. “I thank my fans and audiences for making my film successful. You need to participate in a variety of films as an actor, and I have always challenged myself. I think choosing different scripts is the main reason for my films being successful,” says Akshay, adding that he enjoys his association with the franchise. “I am very happy that such a big producer has given me his second film going by how well the first film has fared. So I feel confident,” he smiles.

As for the negative reviews for the film, the actor opines that bad press does not matter to him. “Have you heard about the forbidden fruit? If any individual is asked not to watch a certain film, then he would want to watch exactly that. That's what happened with this film,” says the actor, who is also gracious towards the critics’ comments. “I am thankful that they are the barometer to gauge the success of any film. They make you aware of the temperature of your film. However, every individual watches comedy in a very different manner — while one may not like a particular gag and give it one star, another individual may like it and give it four,” he opines.

When asked if he takes the critics’ words seriously, Akshay nods in the affirmative. “I take critics very seriously because that is going to help me. I have understood that nobody deliberately maligns films, they all mean well. I have done and seen the film; I am not blind,” says the actor, who enjoys watching his movies with the audience. Commenting on the fifth installment of the Housefull franchise, which will reportedly go on floors soon, the actor says he doesn’t know anything. “I live in the same building as Sajid Nadiadwala (producer), but I didn’t know the next one was on its way,” he laughs.

Meanwhile, Akshay will be seen in Rohit Shetty’s Sooryavanshi, which has small roles for Singham (Ajay Devgn) and Simmba (Ranveer Singh) as well. However, the actor will not be seen in the sequel to his 2007 hit Bhool Bhulaiyaa. “I was not asked to participate in the second part, but I will really miss it. I cannot force anyone to offer me the second part, even if I acted in the first one. I just feel like I will miss not being in the second film. Bei5ng part of any film is all about luck. I simply go on to another movie,” he reveals.

Akshay also opened about a recent visit to rural India with his daughter Nitara, a photo of which went viral. “I wanted to show my daughter the village and how people live amidst nature. We saw a small little hut and went inside to see an old couple living there. I went inside to show my daughter how they cooked food with firewood instead of on a gas stove. They did not know who I am, but they were such great and humble hosts. They fed us gudh (jaggery). My daughter was happy to see how these people lived; it’s actually called carefree living. This is living with Mother Nature,” he explains, adding that their way of life is much healthier than those who live in cities.  “I met about 150 people and the average age of these villagers is at least 88 years. Most of them live for so many years merely because they eat organic food. I feel their life is much better than us urban residents,” the actor concludes.