Signs of the time

The Kala Ghoda area is as much a refuge for a backpacker as it is for a broker. 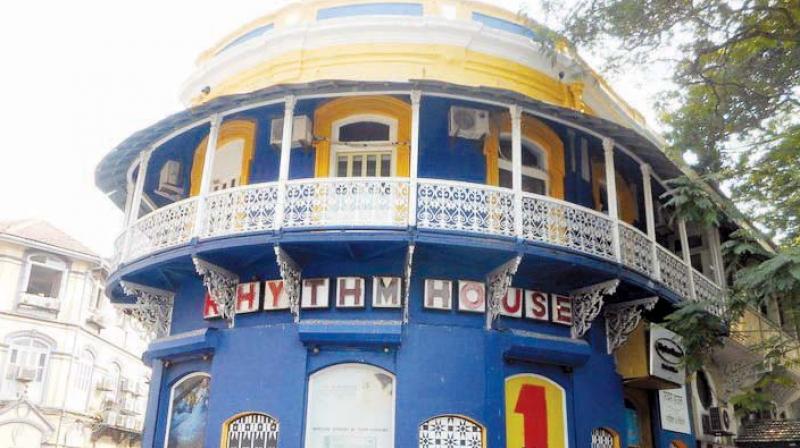 A walk in Kala Goda area aims to uncover the cultural, linguistic and design history of one of the earliest roads of Bombay through the signage.

The Kala Ghoda area is as much a refuge for a backpacker as it is for a broker. Flanked by the country’s premium art galleries, institutions and museums, the area also houses the Dalal Street, the country’s financial heart.  Although it is in generic descriptions like these, that one loses out on the historically rich and culturally amalgamated hub that this crescent-shaped district is. Amazed by the cultural, linguistic and design diversity present in such a small area, a city-based typographer Tanya George is conducting a type-walk with Trip360 that will take Mumbaikars through the history of urban typography.

Tanya, who is a freelance graphic designer and a visiting faculty at various design schools in the city, used to walk around the area when she was studying in the J. J. School of Arts. It is in walking expeditions like these and researching for a dissertation on the history of letters in Indi, that she gained an understanding of the importance of lettering. She says, “While I have been walking for a very long time, it’s only recently when I came back from my masters, I had a deeper understanding about why certain design decisions were made on certain signboards.” She adds that the shops having signage in different languages shows that the shop-owners and businessmen wanted to attract customers who spoke that language, as the case with many Gujarati signs there.

The walk that starts from the eponymous landmark goes through  what was once Rampart Row, takes a turn from the Lion Gate, and goes on to the Dalal Street. In a relatively short walk, one can find appreciating the signage present on classic Art Deco buildings, an Armenian building, Sinhalese Consulate and on other hidden marvels that Tanya unveils. She reveals that the signages are the testament of the developments, movements and shifts that the area has observed. On the buildings from the 1920’s that are still surviving, even though the names and the owners have changed, you can see how the movement affected the signages as some were changed while the ones that were the part of the buildings couldn’t. “There are multiple stories to be told, and the signs reflect the kind of work that was done there or even the kind of people who inhabited that space. Imagine the parts of the worlds that people must have lived here back in the day. So, in some ways, it ties across geography, ties across time, and I find it very interesting when they interact with each other,” she says. Although, her favourite typographic feature in the whole tour is a ligature spotted on a signage outside the St. Thomas Cathedral. “Ligature is when two letters merge with each other. It’s very interesting to see how that ligature came about because there wasn’t enough space to write so many letters, so they merged the two letters together and that became one of the charming features of that signage.”

Having conducted the type-walk since April, Tanya finds that certain signs have worked as a medium to spark conversations about the cultural-political complexity of the city. “The sign that really attracts people is the Bombay Samachar sign, because even though they are both in Gujarati and English, the English one says Bombay Samachar, while the Gujarati says Mumbai Samachar. There is that discrepancy, even though both the designs were designed at the same time, and are on the same wooden board there. That gets a lot of conversation going over.” Moreover, the walk is aimed for people to cultivate a level of sensitivity and acknowledgment of the thought process of a designer.

While in this interactive walking tour, not only one would delve in the evolution of design with history, but also come to understand how the new-age signs, in contrast to the older ones, are rather divisive than inclusive. “A lot of these companies have signs in multiple languages, and they do a terrible job in the Indian languages.  Why is that the case? Because, then, it becomes that the shop is only for the people who can read English, which is really unfair.  As a designer, I really don’t feel like that’s right, because you should be inclusive to all the languages and people,” concludes Tanya.

The Kala Ghoda type walk will be held on November 2, from
8 am onwards.