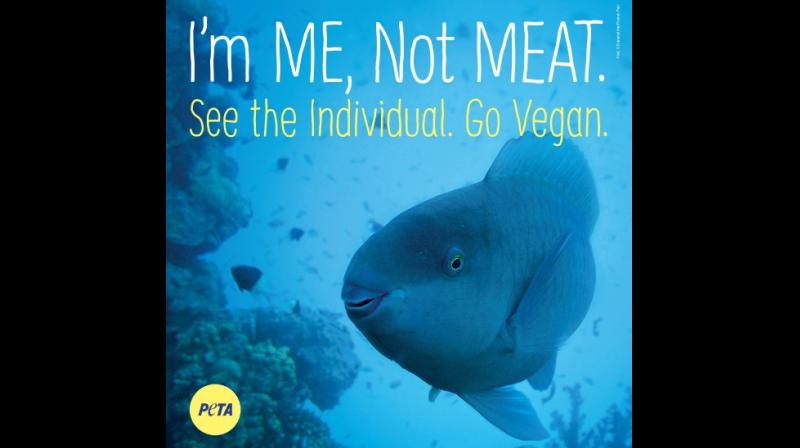 Billboards will remind everyone that one can spare sensitive aquatic animals agony of being suffocated, impaled, crushed, and cut open simply by choosing vegan meals.

Mumbai: In honour of World Vegan Month (November), People for the Ethical Treatment of Animals (PETA) India has placed a billboard in Mumbai featuring a fish proclaiming, "I'm ME, Not MEAT. See the Individual. Go Vegan."

The billboard – which is part of a nationwide ad campaign in which billboards featuring different animals commonly used for food will hit seven major Indian cities – is located at the Grant Road foot overbridge, facing traffic moving from Nana Chowk to Novelty.

"Just like humans, fish feel pain and fear, have unique personalities, and value their own lives," says PETA India campaigner Radhika Suryavanshi. "This World Vegan Month, PETA India's billboards will remind everyone that we can spare these sensitive aquatic animals the agony of being suffocated, impaled, crushed, and cut open simply by choosing vegan meals."

More fish are killed for food each year than all other animals combined, yet they have little legal protection from abuse. On cramped, filthy fish farms, they suffer from parasitic infections, diseases, and debilitating injuries. Those who are dragged out of oceans in huge nets (along with unintended victims, such as dolphins, turtles, seals, and other sea animals) slowly suffocate or are crushed to death. Those who survive that process are often still conscious when their throats and stomachs are cut open.