An eye for jewellery designing

P.M. Anjali chucked her cushy career to pursue a creative line of work. 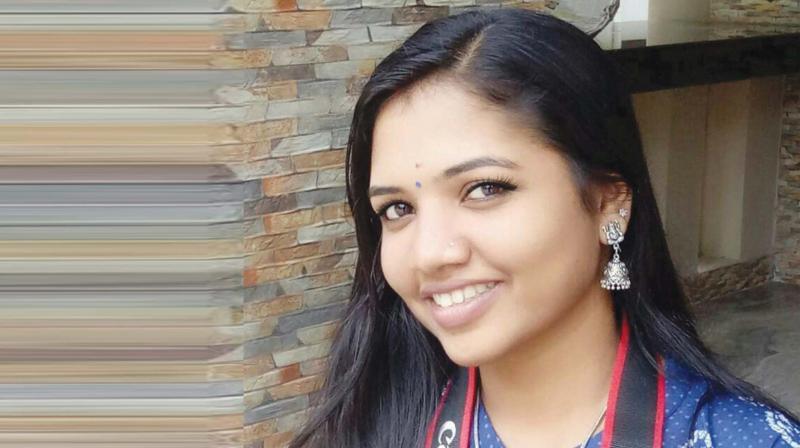 When it comes to jobs in MNCs, balancing one’s work and life can get a bit tough.  P.M. Anjali, who was working with a pharma giant as a bio-technologist, faced the same situation. But she decided to chuck her cushy career as she wanted to delve into some creative work. With no proper training in jewellery designing, 26-year-old Anjali’s handmade jewellery, is now travelling to fashion aficionados across the world.

It was with great passion that Anjali had pursued B.Sc. in biotechnology and later M.Sc. in bioinformatics. She worked with the pharma giant but something was amiss. After serious pondering, Anjali realised she wanted to get rid of the monotony. So she packed her bags and landed at her parents’ home.

Daughter of a third-generation hotelier and a homemaker, Anjali did not want to burden them. Anjali decided to create a Facebook page and Advaita — Handcrafted Jewellery was born, three years ago.

“During every summer, I used to enrol in mural painting or other creative courses. But I had never undergone any sort of training in jewellery designing so far,” says a proud Anjali.

Within six months of starting the Facebook page, her business flourished. In no time, she bought a good camera and forayed into photographing her creations. “Words cannot describe the creative satisfaction I get. My utmost goal is to feel content with my creativity. I have been getting that from my clients  across the world now,” says Anjali.