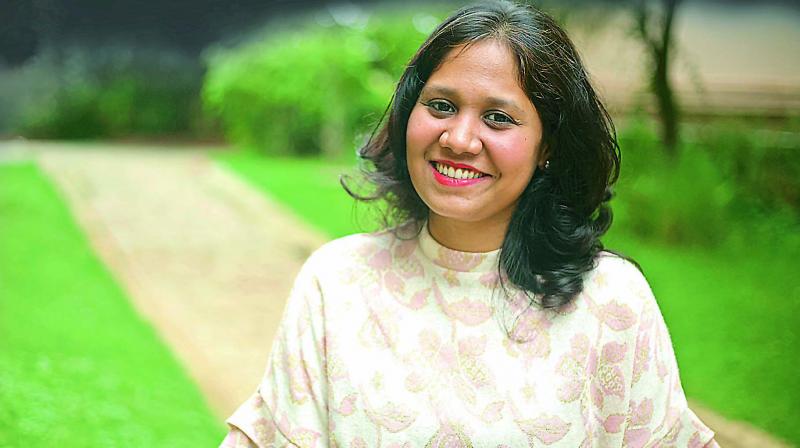 Shilpa Mitha, an engineer-turned-artist has carved her way into the art and the food circuits. She’s channelled her love for art and food to create the most appetising mini sculptures. Her unique clay miniatures are so detailed and skilled that it’s hard to differentiate a zoomed-in shot of one from the food it’s modelled upon. Shilpa says, “I didn’t know how to make them realistic, but once I discovered clay, I gave up paper.”

Her work is precise and fine, but it also makes you wonder how versatile clay can actually be. Her process depends a lot on it. “The clay that I work with shrinks over time. I make all the elements of the miniature individually to give them variation and let them get to the size they’re going to end up in. If I’m making biryani, I need to roll each grain of rice,” she says.

Evidently, it is a job requiring incredible dedication — she doesn’t have the ingredients at her disposal. The reason she chose food as her subject is because of the variation it presents. She says, “Food is a lot of things in one thing. It is universal and so relatable to everyone.” Her idea is reflected in the dishes she moulds, which ranges from a plate of dosas to burgers, fries, vada pav, kebabs and even sweet dishes like jalebi in between. 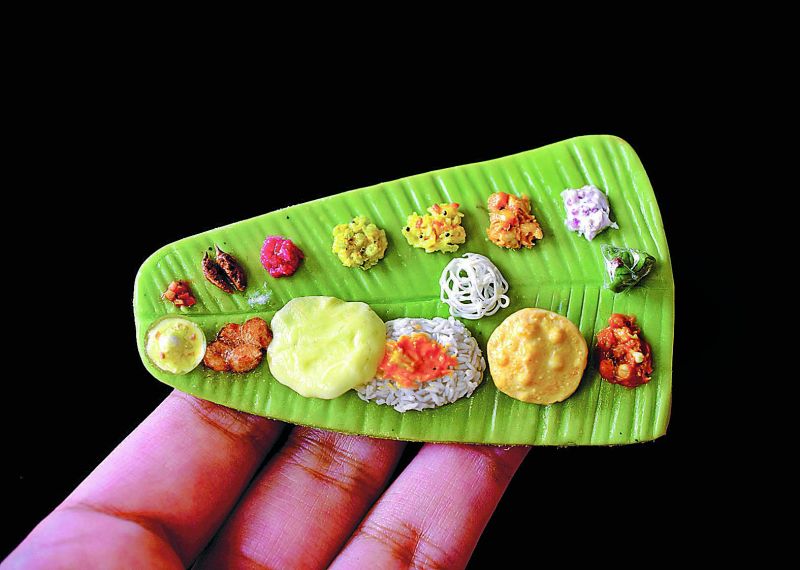 Mitha explains, the art of miniaturising fell into her lap by accident. “I was never keen on art. I was doing engineering and then music. This happened purely by accident and it was nowhere on my list of career choices,” she says.

Her journey started seven years ago when she made a pair of little burger earrings for herself. “When I go back and look at the things I made back then, they look so basic,” says the artist. 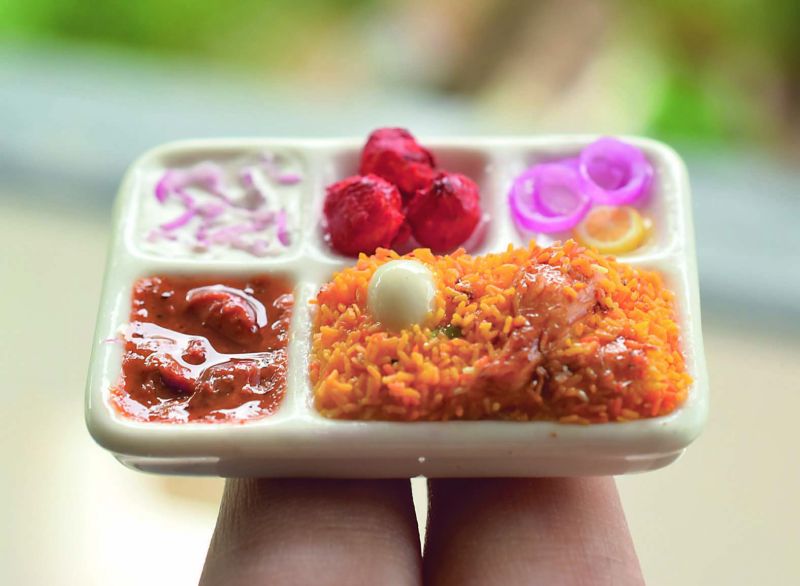 But she’s constantly looking to improve her works. “I think the miniatures are good, but they’re not perfect,” she says. Miniatures are still an unconventional art territory in our country. But Shilpa thinks that a miniature is ‘complete in itself’. “A sculpture is very time-consuming, but a miniature is jam packed and complete by itself,” she says.

Her thumb-sized pieces are a testament to this because they incorporate so much in so little space, without sacrificing any detail.

Her art has now taken the form of fridge magnets and souvenirs, which she sells on an online shop. “I think if people weren’t bound by obligations and didn’t have to think about earning a lot of money, they would be doing really interesting things.” 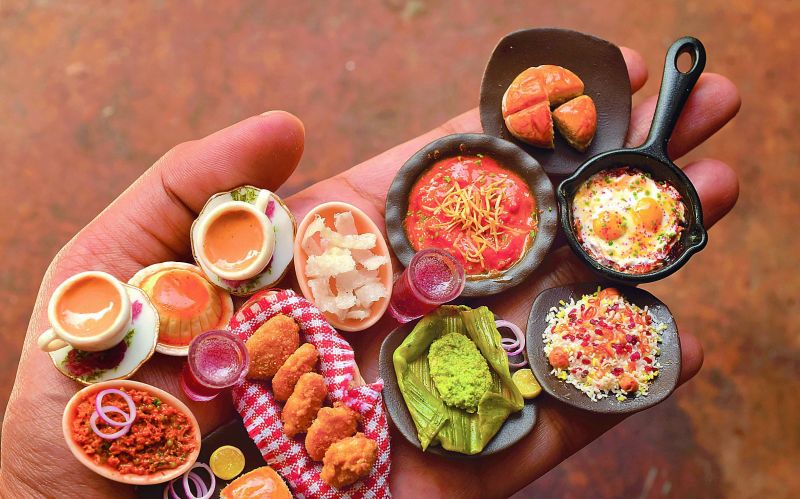 Shilpa also believes that art can be done by anyone but you need to be disciplined and focused for it. “At one point, you can start decreasing the amount of hard work you invest because the years you put in start coming back,” she concludes.