This is coming from a person who is newly exposed to issues of transgenders. 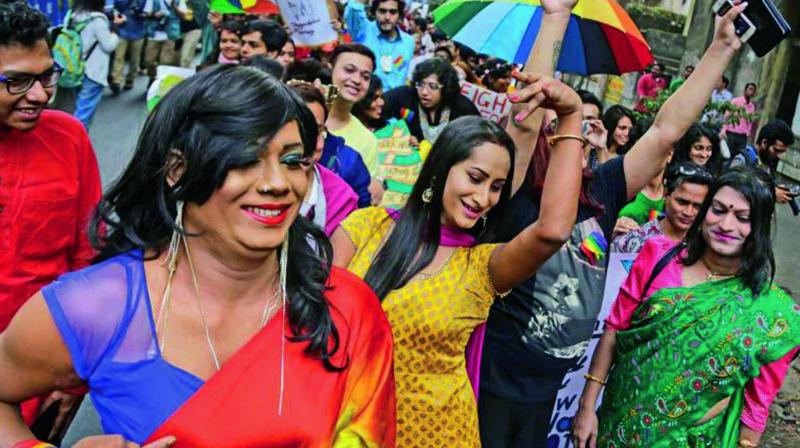 Statements made by Union minister Ramdas Athawale at a workshop, where he questioned why transgender women should only wear a sari, have sparked a storm among social commentators. (Pictures for representational purpose only)

On Tuesday, several media reports were circulated where Ramdas was quoted saying the above statement at a national workshop, “Developing Modules for Sensitising Transgender People and Stakeholders”, organised at the National Institute of Rural Development and Panchayati Raj (NIRD and PR). However, Rachna Mudraboyina — Volunteer of Telangana Hijra Intersex Transgender Samiti — who claims to be present during the workshop, denies such media reports and says that the minister’s alleged statements were misinterpreted.

“What he actually said was that when transgenders are neither men nor women, why do they only need to wear a sari…they can wear it if they want to and they also have all liberty to wear whatever they want, besides the sari. If you consider only the subject of this statement, then you would say why is he pointing out transgender women wearing a sari. But he goes on to mention that he was saying this in a jovial manner and that transgenders have the liberty to wear anything they want and not just sari. I don’t find it derogatory,” says Rachna.

She further mentions that the minister, being newly exposed to the concerns and issues of the transgender community, should be entitled to benefit of doubt.

“I agree that it is not justifiable to talk about who should wear what. No one has the right to say that. But media publishing only half the statement and not the complete statement is like entitling that person to no benefit of doubt. I stand completely against a leader, or any person, talking about what one should wear. But at the end of the day, we cannot deny that transgenders are not felt inclusive in a society. This is coming from a person who is newly exposed to issues of transgenders. It was his first interaction with the community. Like everyone else, he is also a product of our society, and a part of the system where structural exclusion of the transgender community exists. This is my personal view about the whole issue,” she adds.

However, the former part of Ramdas’ statements, and the irony of them coming after his assurance that Centre would make efforts to pass the Transgender Bill (which will empower the community by providing them a separate identity), has been condemned by the community. Many have questioned the idea of considering gender for one’s choice of clothing.

Nitasha Biswas, as a member of the community, replies in a much-expected rage, “A girl can wear shirt and pants in her office and similarly, a transgender women can wear a sari to express her femininity in public. It is wrong to say that transgenders are not men or women. I believe in the concept of gender and have made the efforts to go through a transition and the physical and mental struggle to be transformed into a female,” says Nitasha.

“Sari is a very beautifully draped garment. It can be worn in so many ways when it comes to fashion and styling. In that case, I can also question men wearing a dhoti. It is just a piece of cloth which we use to cover ourselves in different genres of styling. Why genderise it?” she questions.

Sapna Khandelwal, co-founder of Deviditi (an organisation that encourages women to wear sari), laughs at the statement and asks, “What should they (transgenders) wear then, according to him?”

“I think it is very foolish to even get in to the debate of who should wear what. Transgenders have as much rights as every other women to wear a sari. Whatever one wants to wear is totally their prerogative. We have much bigger issues to be considered, especially when it comes to the rights of the Lesbian, Gay, Bisexual, Transgender, Queer (LGBTQ) community,” says Seema.