Through a looking glass

A panel discussion will have industry experts debate on various aspects of filmmaking, storytelling and desi pop culture in Bollywood. 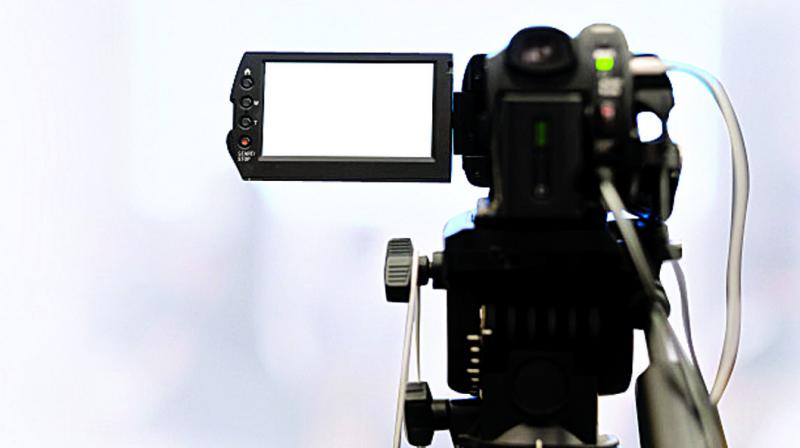 The panel aims to cover a series of topics ranging from VFX, the new generation of writers and the importance of social media.

BollyCon, a platform specialising in Bollywood content is all set to hold a panel discussion that focuses on the various aspects of the Hindi industry’s growth. The panel aims to cover a series of topics ranging from VFX, the new generation of writers and the importance of social media when it comes to Bollywood celebrities.

According to Sidharth Jain, Head at Story Ink — whose company works on book-to-screen adaptation, with the entry of OTT platforms, the demand for content has exploded. “Since there is a shortage of screenplay writers, books have become an important source for story-telling. My job is to connect the right story with the right producer, writer, and director. So that we can have more shows like Sacred Games making to the screen,” says Jain who will also throw light on the new stream of screenwriting techniques.  For Jain, the adaptation of a book to episodic writing is a collaborative job. “You have an author who has written the story sitting in the room and doesn’t have constraints of the budget or time in mind. Here comes the job of the screenwriter who looks at ways to make the screenplay engaging. It is a different craft of writing, something that the industry is coming to terms with,” he says. At the same time, he finds the current scenario as an opportunity for screenwriters to work around their hurdles.

Youtuber Sonup Sahadevan—who runs the channel Bollywoodwala — will talk about how content over the years has undergone a huge change. “Content has been a game changer when it comes to the kind of viewing people are interested in these days. The attention span for the videos range from five to eight minutes and people want quick, short content. Anything that is entertaining and is packed well will sell,” says Sahadevan emphasising on how the digital medium has taken over the big way.

The Youtuber while throwing light on the importance of social media and what exactly makes for a digital influencer asks, “Who is the biggest social media influencer these days?” Someone, he says, who doesn’t even have a social media account. “Taimur Ali Khan. He comes out of his house and his video will get a million views; he waves and smiles to the paps, you get five million views; he goes to school annual function, falls and cries, it gets 10 million views. So what is about him that makes him viral? Point is everything about him sells,” he elaborates.

Lastly, while real content is making great inroads into the industry, RJ and actor Rohini Ramanathan believes the desi ideas too need to be celebrated. “We take it for granted. We celebrate Avengers and GOT as Indians so much, but do we do justice to the products we are making in our market?” she asks.

The RJ who will be part of a discussion on desi pop culture aims at bringing to the fore the power of the Indian consumer. For someone who deals with the audience on a daily basis, Ramanathan believe that this panel will serve as an inside view not just for people interested in media but otherwise. “I don’t think there are enough panel discussions dedicated to pop culture. It is one of the biggest moneymaking sectors in the world and the Indian entertainment industry is booming at the moment— whether it is the Marathi Industry or the Marathi rap. But are we paying attention to that?” she concludes.