Dogs were lying in urine and faeces, were fed in car and always confined to it since owner’s parents refused to allow them inside home. 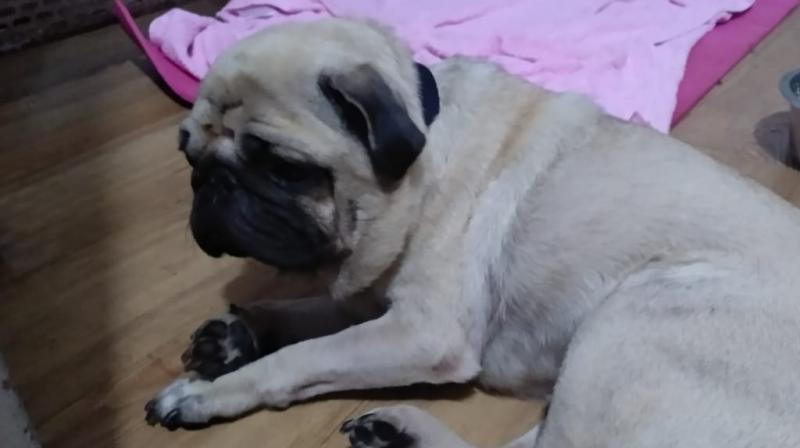 The dogs were lying in their own urine and faeces, were fed in the car and were always confined to the car since the owner’s parents refused to allow the animals inside their home.

Mumbai: Acting on a tip from a concerned citizen, People for the Ethical Treatment of Animals (PETA) India rescued two pugs–who were forced to live in filth, denied opportunity for reasonable movement and veterinary care, trapped inside a car by a young person.

The dogs were lying in their own urine and faeces, were fed in the car and were always confined to the car since the owner’s parents refused to allow the animals  inside their home.

The animals were found to be suffering from serious health issues: one of the two pugs has a serious ear infection and the other has a partially healed fracture on one of his legs.

At the time of rescue both the dogs were found to be dull, depressed and lethargic. After being warned of legal consequences of keeping the dogs in such cruel and illegal conditions, the owner voluntarily surrendered the animals for veterinary care and rehabilitation, and pledged not to repeat the same in the future.

The two dogs have been taken to YODA NGO’s animal shelter for immediate veterinary care. The group desires for them to be adopted together to a caring home, once they regain health and recover from the trauma they have endured.

He added, “Breeders and pet stores sell pugs and other animals to anyone willing to buy them, no matter their ability to care for the animals. Only those with the time, patience, love, resources and genuine ability to care for dogs for the entire duration of their lifetimes should bring dogs into their home, and they should opt to adopt from animal shelters, never buy dogs.”

PETA India had earlier urged Vodafone India, which recently ran an ad campaign featuring 30 pugs running through a village –to end the use of these animals and other animals in its campaigns.

Vodafone’s advertisements have popularised the breed in India, and breeders and pet stores have cashed in on the demand, forcing mother dogs to produce litter after litter until their bodies wear out.

Pugs are commonly bred with close relatives to ensure that their offspring inherit unnatural, freakish features.

The puppies are sold to buyers who are unprepared to deal with the breed’s numerous physical ailments, and the dogs face physical deterioration, neglect, or death when their guardians fail to recognise medical issues, can’t afford to pay their veterinary bills, or simply opt not to deal with their health concerns, as happened in this case.

Many end up dumped on the streets or on animal-protection groups’ doorsteps: One Delhi group found four abandoned pugs in a span of just 10 days.