A patchwork of life hacks

The cute illustrations are the fruit of illustrator Ananya Broker Parekh’s efforts. 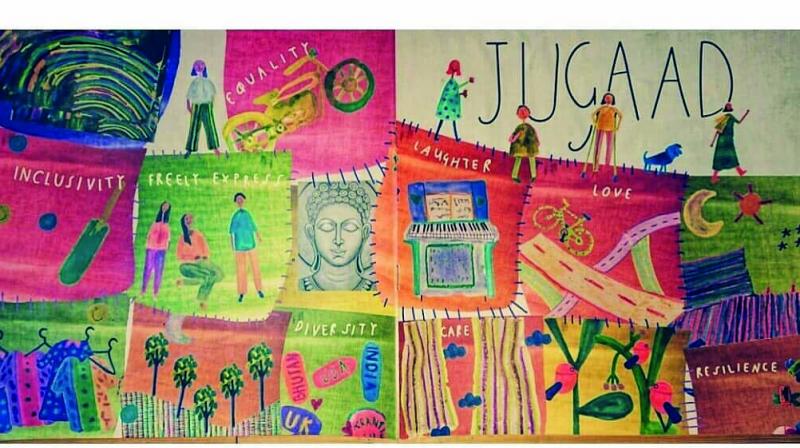 The free book is an offering by Ummeed Child Development Center, a Mumbai-based not-for-profit organisation providing care to children with developmental disabilities and their families, and has been curated by Yashna Vishwanathan, a Mental Health Worker at Ummeed.

An illustrated book gives us a peek into the minds of young adults, their perception of mental health and the hacks they use to deal with their mental health needs.

The book jacket, which resembles a patchwork quilt made up of illustrated representations of emotions like love, laughter, care, and resilience, has the curious title Jugaad dancing at its top. The very first page lets you know why the book is titled such as it reads, ‘A little book of know-hows from young people about mental health’. As you turn page after page, whimsical illustrations give you a peek into the mind of adolescents and young adults, their perception of mental health and life-hacks they use to respond to their mental health needs.

The free book is an offering by Ummeed Child Development Center, a Mumbai-based not-for-profit organisation providing care to children with developmental disabilities and their families, and has been curated by Yashna Vishwanathan, a Mental Health Worker at Ummeed. Talking about the book’s unique title, Yashna says, “In the context of the book, ‘Jugaad’ stands for life-hacks people use to respond to everyday problems. So, the book is a collection of these very life-hacks, skills and ‘little’ know-hows young adults use to manage their mental health. Jugaad is also a word that connects with people instantly due to its colloquial use and gets one amused,” and adds that she hopes the book acts as a supplement to existing mental health literature, informing practices that work with and for young people. 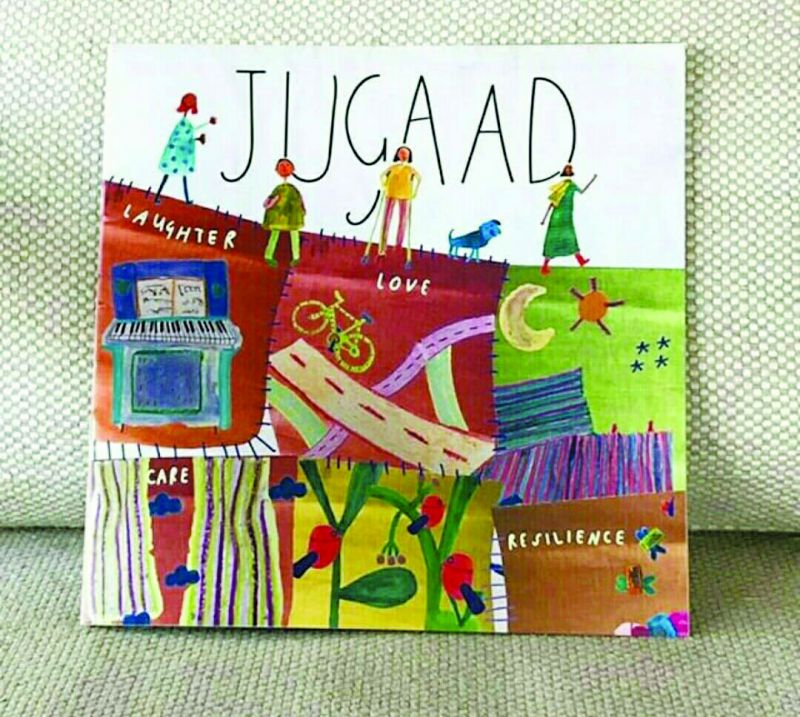 The process by which the book came together is as distinctive as its title, for it has been authored by a group 14 young people, representing experiences from diverse contexts of disability, caste, class, gender, sexuality, and neurodiversity. The group met for five days, during which, they took part in activities and discussions based on broad topics that drew out their understanding of mental health and responses to mental health needs. Their responses were then documented in the form of transcripts and themes, which were later made part of the book. 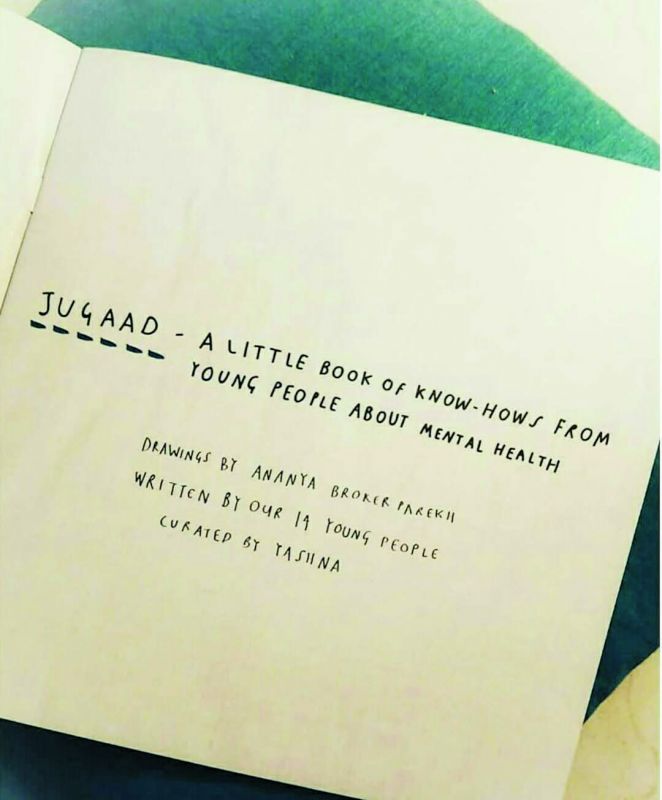 “The running metaphor in the book is that of a blanket that young people are creating, which is symbolic of the world they hope to create. If you look at the book, each young person comes in with their own individual blanket patch that is representative of their stories, their jugaads but also, how they join together to create this world they hope for. We were toying and struggling with different metaphors but chose this because it’s fluid as an idea — a blanket can be stitched and re-stitched, shaped and reshaped, just as the world we live in,” explains Yashna, and adds that the team made a conscious effort to see to it that the book remained a collective document that represented accurately the views expressed by the young participants.

The cute illustrations are the fruit of illustrator Ananya Broker Parekh’s efforts. Talking about her association with the project she says, “As an illustrator, it’s rare to come across a project where you work with, instead of work for. Listening and observing the young people through their discussions made me feel responsible to tell their story in a way that I was communicating who they are and not my interpretation of them.” She also reveals her thought process behind the illustrations saying, “I make a conscious effort to hero the story, rather than draw what simply looks ‘pretty’. In Jugaad, I used colour and texture in a way that it makes you feel like you are touching a blanket, and drew the young people in a way that communicated their story, rather than just focusing on their appearances.”

While the book has already caught the eye of mental health professionals, parents and teachers, Yashna hopes that more people will come forward with their own jugaads to deal with mental health issues by contributing to Ummeed's @mentalhealthjugaad campaign on Instagram, thereby helping Jugaad grow as well. “We also hope the book helps people feel a sense of community with the young authors, who have experienced some sort of marginalization of their experiences, and that people never forget the hope and resilience with which we all lead our lives,” concludes Yashna.
—Copies of the book are available at the Ummeed center at Parel, Mumbai