Earlier this month a rare original 1939 illustration from the comic book album "King Ottokar's Sceptre" sold for more than 600,000 euros. 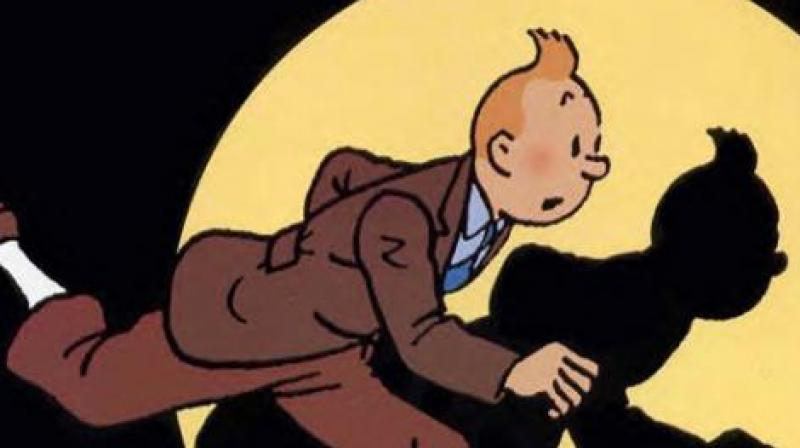 The record sale for an original page of Herge's drawings dating from 1937 was set in 2014 at over two million euros. (Photo: AFP)

Two rarely-seen drawings of Tintin from the comic book album "The Red Sea Sharks" sold for $422,000 (364,000 euros) on Saturday in Dallas, Texas, the auction house selling the sketches said.

Heritage Auctions' spokesman Eric Bradley told AFP that the set had been bought by a Brussels-based collector who "wished not to be identified at this time".

Herge, whose real name was Georges Remi was himself from Brussels, a city which also plays home to Tintin and often forms the initial backdrop to his adventures.

Although Saturday's auction was held in Texas, it was livestreamed at various locations including at Heritage Auction's Dutch headquarters outside Utrecht.

The two drawings depict page 58 of the intrepid boy reporter's adventures in the 19th album by Herge, known as "Coke en stock" in French and published in 1958.

The action seamlessly moves underneath their ship, the S.S Ramona, where an attempt by a frogman to plant a limpet mine is cut short as he is hit on the head by a dropping anchor.

The mine is then eaten by a ravenous shark which swims off emitting a series of hiccups.

Original Herge drawings rarely appear on the open market as the artist did not have to sell his original artworks, but occasionally gave them away to close friends as gifts, Heritage Auctions added in a statement.

Herge gave the set on auction Saturday to a "Scandinavian friend" in the 1970s who later sold it to a buyer "in a German-speaking part of Europe," Brussels-based comic art expert Eric Verhoest said.

Earlier this month a rare original 1939 illustration from the comic book album "King Ottokar's Sceptre" sold for more than 600,000 euros at an auction at Christie's in Paris.

The record sale for an original page of Herge's drawings dating from 1937 was set in 2014 at over two million euros.