Working among widows of encounter victims gets Monika invited to a global symposium. 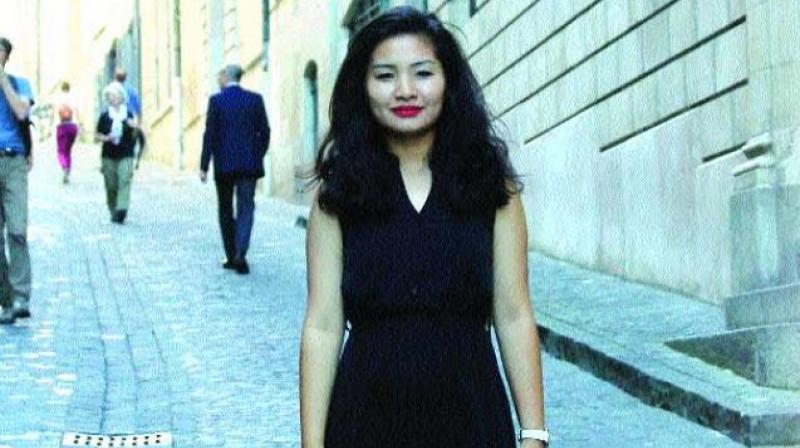 Sometimes, what someone does in her own surroundings can be so inspirational that it can pitchfork that person to the status of a global citizen. Monika Khangembam’s story is a perfect example of this. This zealous activist from Manipur was one of the 15 people from across the world to be invited to the Global Citizen Youth Campaigners Symposium, which took place in New York last week.

A human rights activist who has been relentlessly campaigning for social causes back home, Monika founded the Women and Youth for Peace and Development (WYPD) in 2015. “It’s an NGO based in Imphal. We work with women whose husbands and sons have been killed in fake encounters by the commandos. Most suffer from acute Post Traumatic Stress Disorder and psychological issues, so we provide psycho-social therapy through clinical counselling, music and meditation therapy, sharing sessions, exercises, etc. They let their hearts out and build a sense of sisterhood with each other. They face many hardships in bringing up their children. We train them so that they can be economically independent and sustain themselves,” she shares. WYPD also works with youth who belong to various ethnic communities who are in conflict with each other. “We give them a platform to mingle with and get to know each other better and become peace ambassadors in the future.”

In 2016, Monika’s Facebook post, revealing how she was racially discriminated at the Delhi IGI airport, went viral and created a furore. As someone who feels strongly about racism, she has been spearheading national campaigns against racial discrimination since 2012. Coming to her days as a student, she says, “I did my MA in Marketing and Management Communication from Commits, Bengaluru. I have a special connection with the city because it was there that I realised what I wanted to do and started campaigning on various issues. I worked in the PR sector, but lost interest in it. The problems of my people impacted me deeply.” In no time, Monika got involved in various campaigns.

Organised by Global Changemakers and Global Citizen, the New York meet saw 29-year-old Monika also attend the Commission on the Status of Women as a special guest.

“At the reception co-hosted by the governments of Malta and the UK, we heard inspiring stories on achieving the Global Goals – specifically, repealing discriminatory laws against women and eradicating preventable diseases. The speakers included British actress Erin Richards and UK Permanent Representative to the UN, Matthew Rycroft,” she says.

Her future agenda? “We want women to take equal roles in peace interventions and mediations and be leaders on their own.”