Women stop to rescue turtle, only to run it over

According to the women, they did so because the reptile ‘looked like a demogorgan from Stranger Things’. 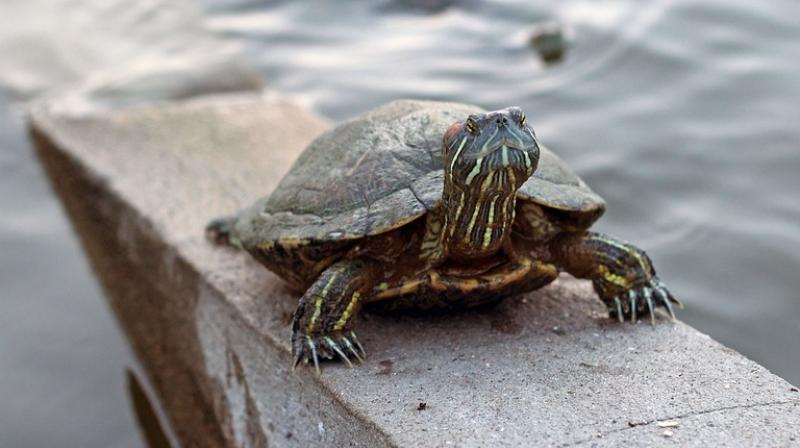 The duo, Dakota O'Rear and Cortney Hobbs initially pulled over to help the reptile after growing concerned for its safety as it laid in the middle of the road. (Photo: Pixabay)

In a shocking a cruel case, two women ran over a turtle on the road because they felt that it looked like a ‘demogorgon.’

The pair has since received death threats despite professing a 'love' for turtles.

They had even filmed themselves running over a turtle  - all because it looked like a demogorgan from Netflix's Stranger Things.

The duo, Dakota O'Rear and Cortney Hobbs initially pulled over to help the reptile after growing concerned for its safety as it laid in the middle of the road.

However when the turtle began to snarl at them the pair from Alabama, US, suddenly changed their tune and decided to run it over.

Taking to Snapchat, one of them posted, “Excuse my language but this is not a turtle you belong in the upside down."

The video shows one of them shouting that the reptile is coming really close to them and might jump into the vehicle.

Soon enough, they then make the bloodthirsty decision to run it over saying: "Let's just run him over. Yeah f*** off. Let's run him over."

The pair later added to their Snapchat story with photos of the turtle with its insides splattered across the road.

Appearing to show no remorse the captions read: "Ok no I'm not moving" and "This demogorgon needs to go back to the upside down hell nah."

The pair have since been arrested for the act of cruelty and both face potential charges and have since received death threats despite professing a "love" for turtles.