No stunt too daring for him

The man who makes the hero of the film look like a super human. 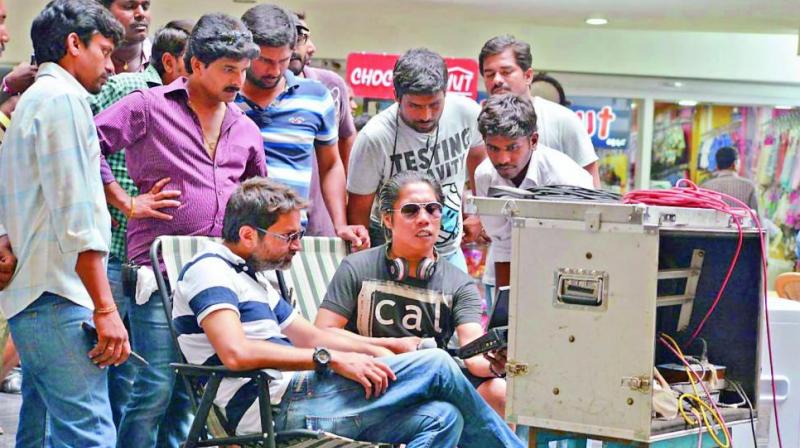 This man has gone through the pain of being burnt naked, breaking several bones and almost crushing his skull to give us all the amazing action stunts in our favourite movies.

This man has gone through the pain of being burnt naked, breaking several bones and almost crushing his skull to give us all the amazing action stunts in our favourite movies. We are in conversation with National Award winning stunt choreographer Peter Hein, the man who makes the hero of the film look like a super human.

When it comes to action stunts in Hollywood and Bollywood, do you think we are up to the mark?
If you ask me about the comparison between Hollywood and Bollywood the main difference is the budget. Hollywood studios are quite capable to get their rehearsals and all the necessary equipment is made available well in advance for directors and action directors which makes the whole production process smooth.  These days, Bollywood is also strengthening its pre-production process, but it still needs more perfection in the process.

What was it like to be a stunt director for Baahubali?
We had a crew of 2,000 background artists on the sets and I could not possibly guide them on the mic, so every time I wanted to say ‘action’ I had to wave a huge flag and everybody had to do their part. The whole act of waving the flag felt like we were starting a war, which was one of the many memorable moments. In addition to this, I thoroughly enjoyed working with Rajamouli as it was a great experience for me.

How was your experience working with Rajinikanth?
Rajini sir, I believe, is a man who can do it all and I have learnt so much from him on the sets, especially perfection and punctuality. If he is called on the sets at a certain time, he will be there at that time. Also, he is not like the other stars who would be in his vanity van because his shot is not on, he is someone who would like to know everything in detail and would love to observe carefully the stunts that are to be performed by him. He would never say no to an action stunt that I suggest him to as he relies on my judgment if he can do it or not.

Having performed some of the most dangerous stunts with minimal precautions, what is it that has kept you going through the pain?
I am passionate and crazy about what I do, parts of which is also stupidity and anxiousness. Most of the times I only have 50 per cent of chance to come out of it safely. I have damaged 60 per cent of my skull, broke my spinal cord twice, my shoulders dislocated more times than I can remember. Once I broke 19 bones in one stunt. After that I went back to work on a wheelchair. I have also burnt myself naked in Mudhalvan because they did not have the time to do the special effects of fire on the body. I had also asked for a cold gel but since that was not available I did that stunt without any precaution and was grievously injured.