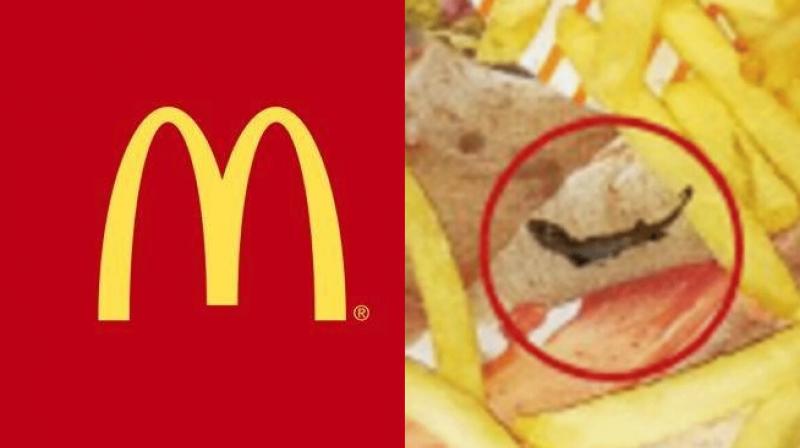 The woman visited the fast food chain near the E.M. Bypass to celebrate the daughters birthday when she found the fried lizard. (Photo: Twitter)

Mothers always promise their children a good time when they go out but most often than not it turns out worse than they expected. A mother recently took her daughter to celebrate her birthday at  McDonald’s in Kolkata but was shocked when she found a lizard with the fries.

According to a media report, Priyanka Moitra took her daughter to celebrate her birthday at the McDonald’s outlet on the E.M. Bypass and order for plate of fries. Surprisingly, while they were eating the fries, they found a deep fried lizard that immediately made the mother uneasy. While the mother called the manager, he had a very careless attitude and just said “sorry” while going back to do his job.

Priyanka saddened by the response took a picture and filed a complaint at the nearest police station. However McDonald’s India is yet to release a statement regarding the incident but they are currently said to be investigating the matter.