A play for the times

Jeff Goldberg is adapting An Enemy of the People to modern day Mumbai, and is unapologetic about talking politics. 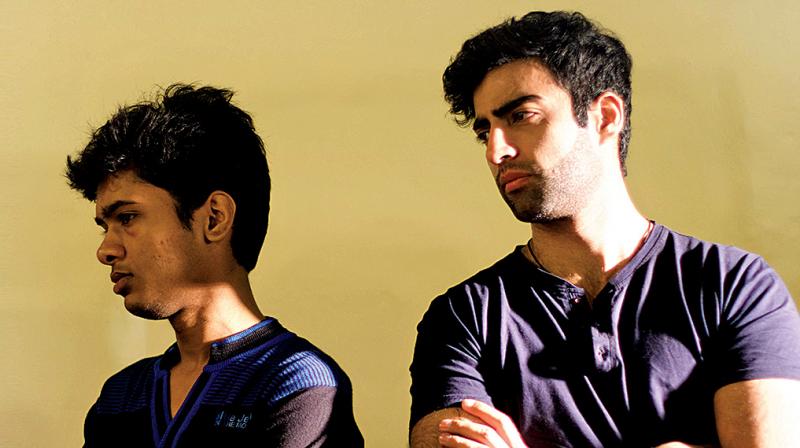 The cast, in preparation for An Enemy of the People.

Jeff Goldberg, by his own admission, has undergone quite a change in how he views politics, over the years. The writer, actor and director, who is bringing to life a modern day adaptation of An Enemy of the People, confesses that he now views characters as grey ones, and not necessarily wrong or right.

“The first time I read the text by the Norwegian author Henrik Ibsen, I was 22 and had a communist flag and Karl Marx and Vladamir Lenin posters in my room. Now as a 30-something, things have changed and I think both the central characters of the play have an element of right on their side. It’s about which side you see the issue from.”

The 1882 original play was set in Norway and was centred around healing baths, where people not just went to relax, but also to get treated for their medical ailemnts. When a medical officer discovers that the bath is polluted horribly, he speaks to the town officer. Much to his surprise the leaders are not in line with medical reality, willing to let people get hurt for their benefit.

In Jeff’s 2017 adaptation, which stars Rashi Mal, Siddhartha Mishra and Kawaljit Anand, among others, the European country gives way to bustling Mumbai city. It’s the city where the BMC chief’s brother who is a doctor, realises that the fresh water pipeline for Dharavi is terribly contaminated. “When the doctor brings it to his brother’s notice, he expects the brother to side with him. Instead, the BMC chief asks him. ‘Do you know how much this costs? Do you realise if we blow this, we’ll look like idiots, and there are elections coming?’” says Jeff. “At  22, I sided with the doctor, but now I see where the chief is coming from. They’re grey characters.”

A former faculty member with Lee Strasberg Theatre and Film Institute, Jeff asserts that his story had to be set in Mumbai. “Text like this — quite like with Animal Farm and 1984 — is an allegory. It’s a metaphor for the world we live in. We chose to show Dharavi and drainage pipes from the posh BKC creating trouble because we found it interesting. We didn’t think of basing it in any other city, because our audience is here. The story, however, is such that you can adapt it to Delhi, Kolkata or anywhere where there’s a government. In fact, Satyajit Ray adapted this to a small township in Ganashatru.”

The legacy of theatre has been such that centuries old plays have been time and again adapted to suit modern times, and Jeff believes that there are plenty of texts that can be made to fit today’s time. “I think Julius Caesar works best. Vishal Bhardwaj may have made his name adapting Shakespearean text like Macbeth and Othello, but Caesar lends itself deliciously to the Indian context. Just looking at what’s been happening in UP with the Yadav family, it’s like you almost want to put down the paper and read the bit in Caesar where Brutus and Cassius are conspiring,” says Jeff, quickly. “I’m also a big fan of George Orwell, so I think Animal Farm would work well too. It’s been as relevant as the day it was written.”

Teeming with ideas, Jeff throws out a few more theatre ideas he’s ruminating over. “There’s a right wing US news portal called Breitbart and the comments section over there is vitriolic. It’s racist, it’s white nationalist and it’s xenophobic. I want performers to come out and act these out on the stage so people see how awful this really is,” he says. “There’s scope for this in Indian context too!”

However, the performer isn’t too bothered about the politics that come along with his ideas. “All art is political, and not political in the style of statement art. We, as artistes, are products of our time and space, and we chronicle it in satire and comedy and drama. There’s no way to separate the politics and economics around our art. We’re always making very critical statements about what he think.”

Animatedly, he explains that his good friend, and filmmaker Anurag Kashyap is headed in the right direction as he takes on hurdles faced by cinema in India. “He fights the good fight,” says Jeff. “It (burning issues) is in the air and if we don’t portray it, we’re only creating resentment. By discussing it, a topic has a chance to live and die in the court of the public. People can make their own mind about it. All art deserves a place. There isn’t one paintbrush for all mediums, and there’s clearly not one paintbrush for all producers.”