Several leading lights of Andhra had clamoured for the status of the Kuchipudi dance-drama form as a classical Indian dance form. 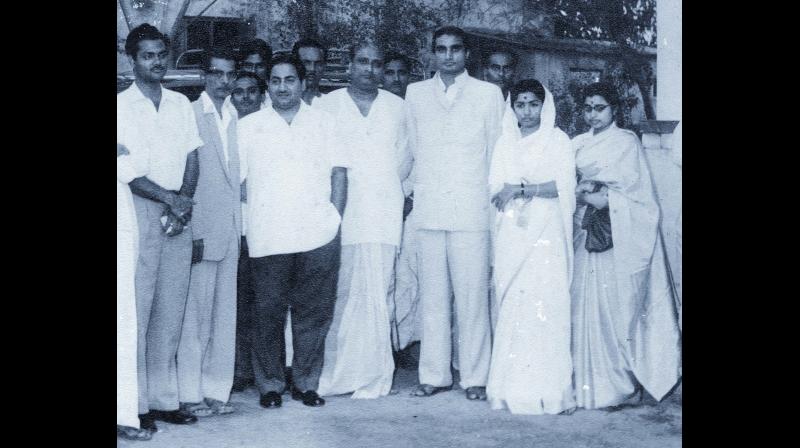 In the early 1930s, the classical Kuchipudi dance-drama form had an interesting interaction with cinema. That is a fascinating chapter in the history of the Kuchipudi dance form. When I was researching Kuchipudi way back in 1962, I was staying with Guru Vempati Chinna Satyam in Madras. He suggested that I should go and interview a pioneer dancer, Vedantam Raghavayya, who was a renowned film director. He shared with me interesting facts about how Kuchipudi dance was introduced in Telugu films in the 1930s.

My friend Dashrath Patel, a celebrated designer, painter and photographer teaching at the National Institute of Design (NID), Ahmedabad, was also in Madras. He agreed to come with me to photograph Raghavayya at his residence in Madras, now Chennai.

What a personality Raghavayya was! He had a delectable cleft in his chin and a bright pair of eyes. Tall and handsome, he welcomed me and Dashrath with a warm smile as Vempati Garu had informed him about us and my research work in Kuchipudi. He had very kindly taken out a few photographs for us to see of his dance performances and a few photos of the films. Dashrath took several photos when Vedantam Raghavayya told us of the history of how Kuchipudi was introduced into films. Those rare photos taken of Raghavayya by Dashrath Patel are in the archive of NID, Ahmedabad.

Raghavayya was born on June 8, 1919 in Kuchipudi village into the Vedantam family and started learning Kuchipudi under Yakshagana Pitamaha Chinta Venkataramayya when he was barely six years old. After two years, he performed the role of Prahlada in Prahlada Yakshgana, winning a gold medal. From then there was no looking back till 1931.

Reminiscing, Ragavayya told us that he continued to play the roles of Prahlada, Lohitaysa, Lava, Kusha and Dharmangada. And in 1931, he for the first time appeared in the female role of Usha Kanya. That won him quite an appreciation. The photo he showed us was quite in keeping with how females were dressed in those years. Since he started winning a number of gold medals, he began to feel high. He also followed with female roles of Chandramathi, Sita and Satyabhama that he played with consummate artistry. He also performed male roles such as Harishchandra and Ram. 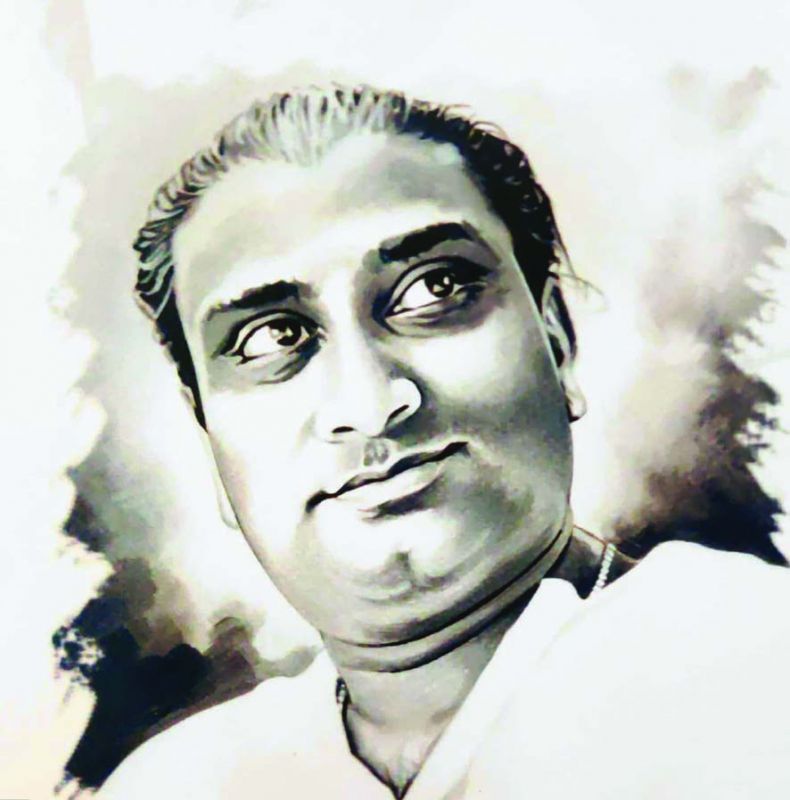 The big break came in 1932 when in Madras, he performed for Andhra Natak Kala Parishad, Balagopal Tarangam, and also the role of Usha in Usha Natakam dance-drama. It was at that time that American dancer Ragini Devi, mother of Indrani Rahman, saw him and asked him to join her troupe, which his Guru Venakataramayya did not approve of and took him away to Kuchipudi village.

“It was in 1937 that I appeared in the film ‘Mohini Rukmangada’,” said Raghavayya. “I danced Balagopal Tarangam in a female costume, which was a disaster. And then I vouched not to do anything with film. But in 1939, when the film ‘Raitubidda’ was made, I was secretly taken away to Bezwada and was made to sign a contract, my performance in the film was satisfactory and I got good publicity.”

In the 1930s, oriental dance became popular in Madras. Even when Raghavayya was strong in the traditional Kuchipudi dance form, Oriental dance did influence him. “Of course, I was aware of Uday Shankar, whose presentations were mindboggling and far more artistic than what we were performing… we also formed a troupe with the name Prabhakar Natya Mandali with Vempati Peda Satyam, and Krishnamurthy and three of us, the trio, included dancers from non-hereditary dancers including Tandava Krishna and others. We had one successful tour, but then Peda Satyam left us…”

“It so happened that I was invited again in Madras to play the role of Garuda in the film Garuda Garvabhangam in which I choreographed dances. By then, Peda Satyam was with Ram Gopal, a contemporary of Uday Shankar, performing in Lahore. I summoned Peda Satyam to come to Madras. And we formed a troupe of 30 members and travelled to many cities. We were even encouraged to start a school of Kuchipudi called ‘Kuchipudi Kala Vignan Kendram’, but it did not succeed. Our last performance was in December 1943.”

Raghavayya was vastly gifted and in no time he learnt the ropes of the movies, directing the films, and not only choreographing dances as a dance master. Between 1940 and 1951, he directed and acted in the films Keelu Gurram, Thyagayya, Yogi Vemana and Swapna Sundari. The song “Kuhu Kuhu bole Koyalia” became a rage from Swapna Sundari. In 1951, he started Vinoda Pictures with C.R. Subburaman, D.L. Narayana and Samudrala Senior. Two more films, Stree Sahasam and Shanthi were produced and in 1953, Sharatchnadra Chattopadhyaya’s novel Devadas was made in Telugu as Devadasu.

Raghavayya rose in fame with films like Anarkali, Suvarna Sundari, Swarna Manjari, Chiranjeevulu and Raja Nandini. In 1964, he was awarded the “Bharata Kala Prapoorna” title in the All India Dance Festival organised by the Andhra Pradesh Sangeet Natak Akademi. Another important landmark in his career was the making of the film Girija Kalyanam and Rahasyam in 1967. In Girija Kalyanam, Vedantam Satyanarayan Sarma had played the role of Manmatha and Korada Narasimha Rao the role of Lord Shiva. These films contributed a lot in making Kuchipudi Yakshagana dance-dramas popular.

Vedantam Raghavayya passed away on October 9, 1971.

Recently, on 22 nd December 2019, his centenary was celebrated at Hyderabad, at Rabindra Bharathi Auditorium. Professor and head, Department of Dance, Dr Anuradha Jonnalagadda had invited me to visit Hyderabad and see the exhibition they had mounted of photographs tracing Raghavayya’s life. There were lectures paying tributes to Raghavayya. Some dance performances were recreated after Raghavayya’s choreogaphy from his films and clippings of some of the films were screened. Musician D.V.S Sastry, Prof. Anuradha Jonnalagadda and Dr Katyayini Ganti were the three principal organisers. Dr Anuradha Jonnalagadda has edited a book containing rare photographs, articles in English and Telugu and the book “Celebrating Life” on Vedantam Raghavayya. It is a collector’s item.