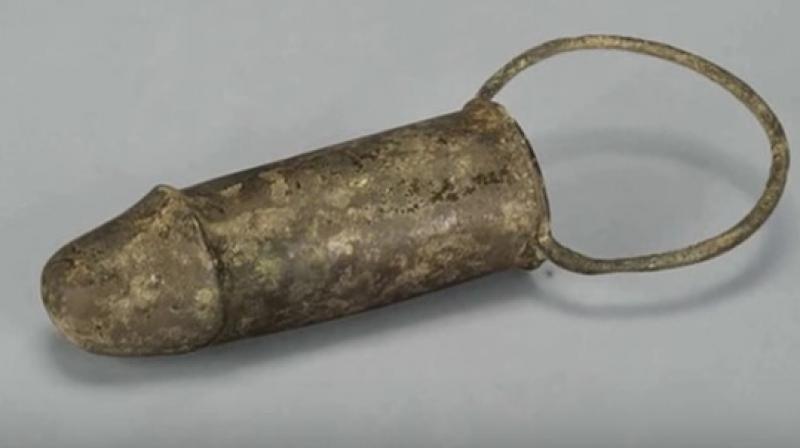 The two sex toys shaped like a penis were found in the tombs of the imperial families in China in 206 BC. (Photo: Youtube)

Women have been using sex toys to pleasure themselves for a while now but to find a sex toy more than a few centuries old is rare. Archaeologists recently discovered sex toys in tombs in China that date back to almost 206 BC. The toys are said to belong to the Han dynasty in the Jiangsu province in Shanghai.

According to a recent report in Mail Online, two pleasure devices shaped like a penis were found belonging to Chinese aristocrats and royals. One of the two artefacts attached to it and was discovered in Yizheng city in the Jiangsu province and belongs to the West Han dynasty that ruled between 206 BC – 8 AD. The other toy with a flat base was said to belong to an imperial family in China and was found in a tomb in Xuyi county in 2009.

The co-curator at the Asian Art Museum, Zhang Fan in the same interview said that the items could be worn and used and reflected the modern appreciation of the body’s need for pleasure.