Life   More Features  03 Jan 2018  Family of deceased woman in Madurai shocked after they were given wrong body by hospital
Life, More Features

The family removed the white cloth wrapped around the body during last rites and were shocked to find a younger woman's body. 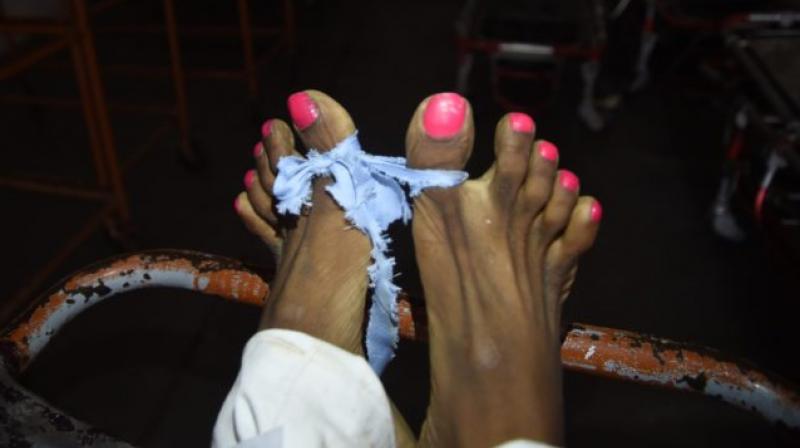 The family got Annalakshmi's body after protesting at the hospital (Photo: AFP)

Doctors are known for their saving people’s lives and carrying out one of the most crucial jobs in society with responsibility. But some shocking cases of medical negligence on part of practitioners or hospitals can tarnish the image of this profession.

In an appalling incident from Madurai, the family of a 60-year-old deceased woman were shocked to discover that they were handed over someone else’s corpse. The family were informed that the body they received after post-mortem from the hospital was not that of Annalakshmi.

The woman’s body was wrapped in white cloth and given to her family by the hospital after she died in a road accident. The family members realised the hospital’s error when they removed the cloth during her last rites as they saw the corpse of a younger woman who had succumbed to burn injuries.

The family went back to the hospital with the dead body and got Annalakshmi’s corpse after protesting with the hospital staff, following which they performed her funeral rites.