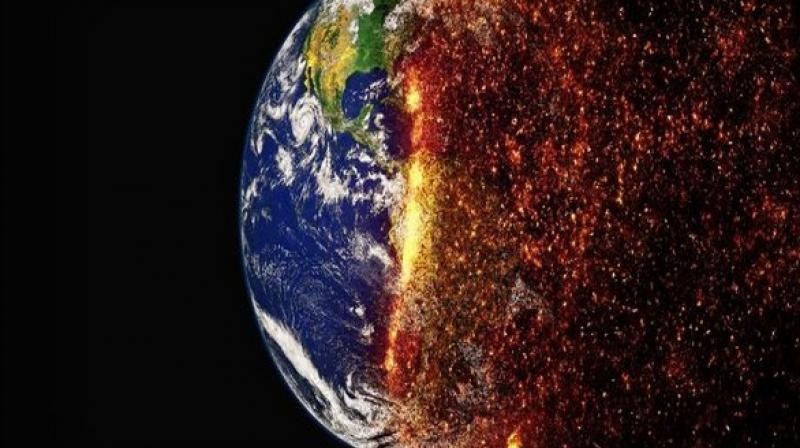 Overall, heat exposure was estimated to be responsible for 15.6 per cent (95 per cent CI 9.0-21.4) of under nutrition hospitalisation during the study period. (Photo: ANI)

Washington: The consequences of global warming are expected to be far-reaching and long-lasting. Researches now say that under nutrition can also be a result of increasing temperature. Global warming may increase under nutrition through the effects of heat exposure on people, according to a new study published in -- PLOS Medicine -- by Yuming Guo of Monash University, Australia, and colleagues.

It has been well documented that global warming will indirectly result in more undernourished people through threatening crop production in the long term. In the new study, researchers analysed daily hospitalisation data that covers nearly 80 per cent of the population of Brazil, spanning the years 2000 through 2015. They studied the link between daily mean temperatures and hospitalisation for under nutrition.

For every One-degree centigrade increase in daily mean temperature during the hot season, there was a 2.5 per cent increase in under nutrition hospitalisation (OR=1.025, 95 per cent CI 1.020-1.030, p<0.001). People under age 19 years or over age 80 years with under nutrition were the most vulnerable to heat exposure.

Overall, heat exposure was estimated to be responsible for 15.6 per cent (95 per cent CI 9.0-21.4) of under nutrition hospitalisation during the study period. That fraction increased from 14.1 per cent to 17.5 per cent over the study period, during which time the mean temperature increased by 1.1°C.

"The possible pathways of this direct impact of heat might include reducing undernourished people's food intake, impairing their digestion and absorption function, and causing fluid and electrolyte disturbances," the authors said.

"Global strategies addressing the syndemic of climate change and under nutrition should not only focus on food supply but also the prevention of heat exposure especially among the young and elderly people," concluded the authors.