When edgy is uncool

While profanities may be acceptable in every day parlance, it is dangerous if it becomes a part of the mainstream narrative. 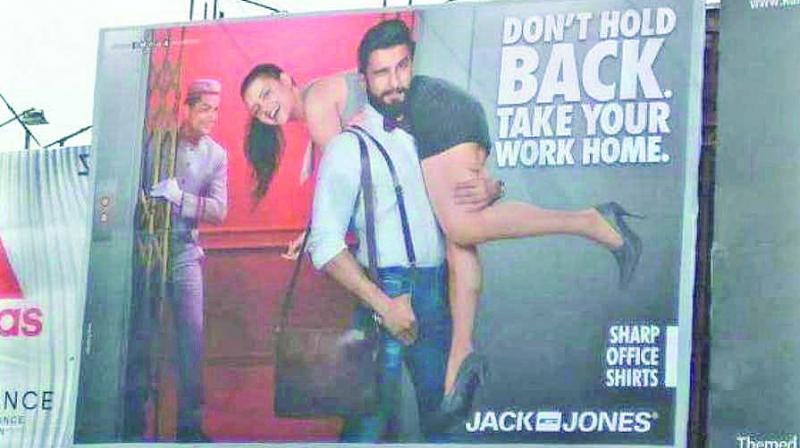 Ranveer Singh advertisement where a woman was slung over his shoulder

As Zomato recently found out this week, cuss words can make for inside jokes, but when used on a large scale to grab eyeballs, around the country, it can backfire against the brand itself.

Earlier this year, when actor Ranveer Singh appeared for the Jack & Jones advertisement carrying a woman over his shoulder with the tagline that read ‘Don’t hold back, Take your work home’, it miffed audiences. Regarded as sexist it, resulted in more than 11 million billboards being brought down.

And while there have been several attempts to move forward from sexism and misogyny, now Zomato has become embroiled in controversy with its recent tongue-in-cheek creative.

Of the various Bollywood-themed billboards put up across the national capital, one particular advertisement which reads ‘MC. Mac n cheese?, BC. butter chicken? (sic)’ The acronyms, which also work as Hindi profanities, have received a huge backlash from people, especially because of its misogynistic connotations.  Meanwhile, Zomato’s co-founder, Pankaj Chaddah has promised that the billboards will be taken down, even as the advertising world is left shaking its head in disapproval.

Harshad Rajadhyaksha, chief creative officer of Ogilvy India, is of the belief that a creative idea shouldn’t go live until and unless it is free of inappropriate themes. “The use of cuss words is completely irrelevant for this category,” he explains, adding that the ad campaign comes across as a little too aggressive. “Zomato is trying too hard to get eyeballs without any relevance to using the abbreviation of the cuss word,” he affirms.

While profanities may be acceptable in everyday parlance, it is dangerous if it becomes a part of the mainstream narrative. Gopal MS, creative director at Tailor India, sees it as a failure on the team’s part. “They need to understand the brand first and then create its identity. I think rarely will content like this find any takers,” he sighs.

Harshad explains that if the creative was making a case against using cuss words, it would have worked. In a campaign created for Postpickle.com, Ogilvy created a web film, where men were urged to give up the use of the cuss word “behen****” as a Rakshabandhan gift. “We used the word but it was to point towards the overuse of that cuss word. The aim was to impact a positive change,” explains Harshad.

So, how does one draw a line between being edgy and misogynistic? Harshad asserts that a creative approach is to step in the shoes of the recipient and think from their point of view.

Earlier this year, the infamous Kendall Jenner Pepsi ad had received a huge backlash. Kendall was shown joining a Black Lives Matter protest, armed with a can of fizzy soda. It was criticised for trivialising protests that were looking to solve social justice issues.

Drawing a parallel with the ad, Amer Jaleel, chairman and CCO, Mullen Lintas, explains that the idea probably seemed perfect during the brainstorming session.

“Sometimes they get the correct thing, but execution goes haywire. I empathise with creative people because they are in a delicate position, where they have to bring newness, edginess but keep in mind the tonality,” he explains, adding, “We are all sort of responsible for evolving culture, as it develops and becomes something else.” 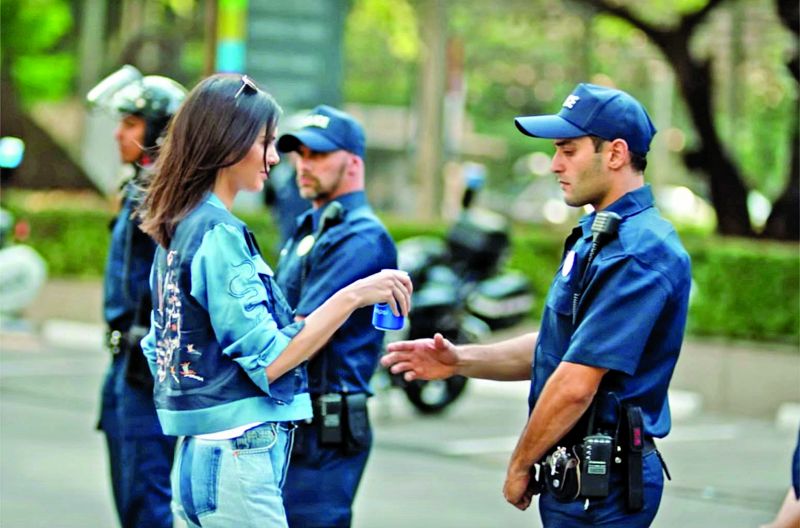 Unfortunately, blunders like this may often happen, since the lines between edgy and inappropriate are often blurred. “It is impossible to make rules of judgement as to what is offensive, and what isn’t,” shrugs Amer.

However, adman Prahlad Kakkar argues that the backlash generated has given the brand more mileage than the campaign probably did. “The creative has served its purpose. They had limited budget, which is why they got only hoardings in the fond hope that the controversy around it will get them larger attention. And that is what they have got,” he counter reacts.