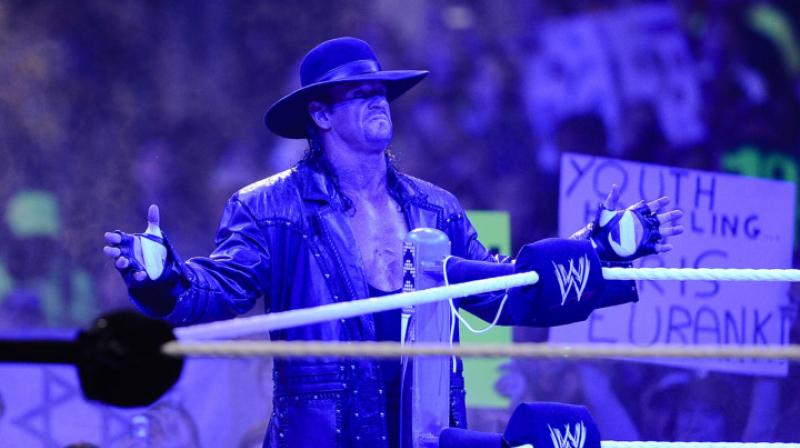 According to adult entertainment legend Jenna Jameson, the Phenom had once saved her from a keen fan and then had tried to ‘kidnap her’ on the same night. (File Image/ AP)

According to adult entertainment legend Jenna Jameson, the Phenom had once saved her from a keen fan and then had tried to ‘kidnap her’ on the same night.

In the book, Jameson says that Undertaker was one of the biggest WWF wrestlers of the time and would come in and get tattooed from the place where she worked.

“I was so shy. And he was very serious,” the author wrote in her book.

"So I met him that night dancing, and we hung out and became really good friends."

He did once ride to her rescue when a keen fan was trying to buy her a drink - but in true Undertaker style, the night took a dark turn,

"He came to one of my dance gigs and this guy asked me, 'Can I buy you a drink?'," Jenna added. "The Undertaker looked at him totally stone cold and said, “Yeah, you can get me a shot of Jaeger and you can get yourself a shot of shut-the-f**up.

"My boyfriend was there at the time, and the Undertaker said, 'I’m going to kick your boyfriend’s ass and take you away with me'. I knew he was serious.

"I ran upstairs and told Jordan we had to leave, because this guy was going to beat the f*** out of him and kidnap me. So I never saw him again. I think that was when Jordan forbid me to talk to any more guys on the road."

The Dead Man is all set to return to the ring, making his first scheduled appearance since his WrestleMania 33 'retirement' loss to Roman Reigns.