One of the first discoveries of man, the ever-eluding fire holds a lot of significance in each culture and is associated with wisdom and divinity. 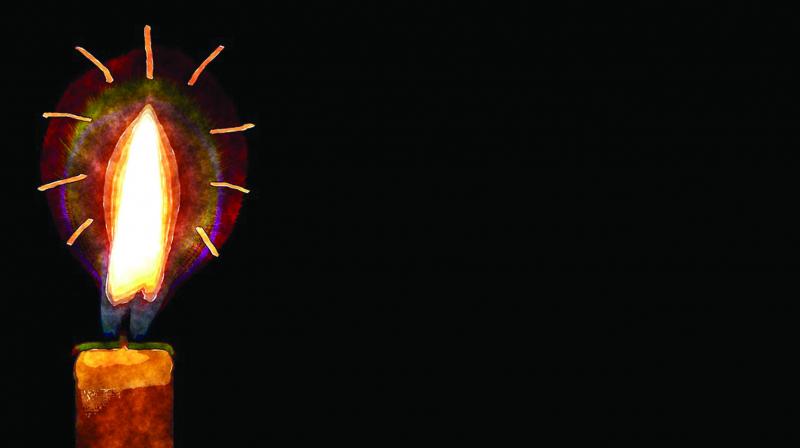 In Hindu rituals Agni, the fire God, is the one through whom offerings in a haven are routed because fire is considered to be the mouth of the gods.

Whether you go with the Greek belief that fire constitutes one of the four elements or subscribe to the Hindu theory that fire is one of the five elements (panchaboothas), fire with its leaping tongues and burning heat has always been looked at with awe, fear and reverence.

Described in the Vedas as one with flaming hair and golden jaws, the fiery element evokes many images and connotes numerous emotions like passion (fire in your belly), anger, hunger and is associated with hell.

For spiritual seekers fire is a perfect example of what moderation vs excess can do. When contained and controlled it has numerous uses from providing warmth, comfort, heat and energy. On the flip side if left untended, a raging fire is not without its destructive tendencies and is considered by some to be a symbol of God’s wrath. At the same time, it is also believed to be cleansing (ironical though it may seem) and regenerative.

Scriptures across religions believe that God manifests as fire on occasions.

Whether it was Lord Shiva who turned into a column of fire and asked Vishnu and Brahma to find the head and tail to determine who was the more powerful of the two or the burning bush from which God spoke to Moses or Jehovah’s (God of the Israelites) descent upon Mount Sinai in fire or the second coming of Christ in blazing fire these incidents only reinforce the point.

Again, it was a pillar of fire that led the way and guided the people of Israel out of Egypt and through the Sinai deserts.

Rituals and our mythology also attest to the fact that fire can be used as a test of faith, character and serve a symbol of divinity. The theemithi or fire walking festival that is prevalent in India, Sri Lanka besides Singapore, Malaysia, Mauritius etc in honour of Draupadi Amman and the Agni pareeksha (which is widely debated today) which Sita was subjected to  in the Ramayana to establish her chastity after being in the custody of Ravan (although Rama had no doubts whatever), throw light on the kind of medium that fire is believed to be. Baptism too is connected with fire as the New Testament says that Jesus would baptise with the Holy Spirt and fire (Matt 3:11; cf. Luke 3:16) Considered by Vaastu experts to be the guardian of the South East, the fire God has been worshipped long before  such iconic worship began.

In Hindu rituals Agni, the fire God, is the one through whom offerings in a haven are routed because fire is considered to be the mouth of the gods.

Also, when aartis are done by temple priests it is believed that some of the power is transmitted to the flames and from thereon to the devotees.

The power of flames is harnessed in meditation as well. By focussing on a steady flame, one can use it as a reminder and shining example in one’s quest to cultivate equanimity and an even mind.

There is yet another dimension of fire by virtue of it being associated with light thus equating it with wisdom and knowledge. Dispelling darkness and infusing hope, fire continues to dazzle and invoke respect all at once.