This techno boom, a boon?

How much of a bane is it to be hooked on to gadgets? How much has the world wide web impacted us? 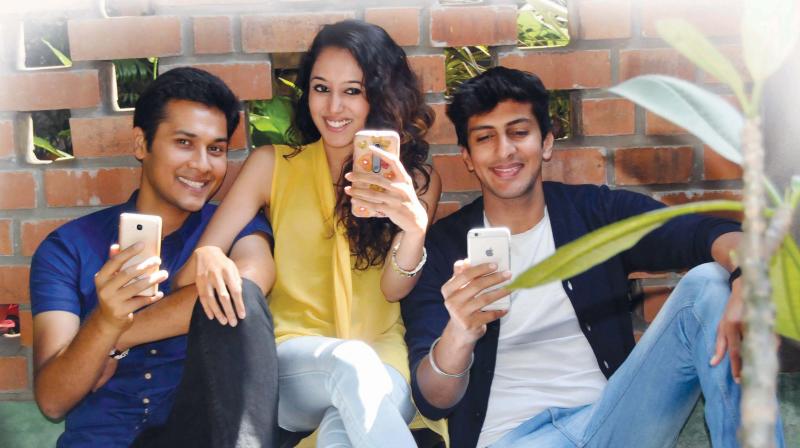 “You’d know so much more if you didn’t just stare at your phone all day long.”

These words are the soundtrack to every millennial’s life, many of whom (sans guilt or regret) use smartphones more religiously than any practiced faith. “How can you learn about the world” lament their parents and teachers, “if you live your life in short-forms?”

While I mostly dismiss these accusations as exaggerations, or at least, oversimplifications, I was three seasons deep into a web-series about baby animals wearing clothes, when I realised that I could not speak at length about any topic (except for, at that point, dressed-up kittens). Google had simply eliminated the need for me to remember facts and dates. In the woeful self-reflection that followed, I wondered if the older people in my life had a point.  If they wanted to research a topic, they would have to trek to a library, heave out an encyclopaedia, and actually study the material. Books with their descriptive, long-form writing style, required that people memorise information, and in doing so, learn it for life – or at least a long time.

But now, when we have thousands of sources of information at our fingertips; now, when statistics can be produced almost instantaneously; now, when not only lots of information, but also lots of perspectives are shared over social media, I have to ask: what exactly is the point of having memorised the lines of the Magna Carta or any other book, if your information about today’s events comes at the slow pace of publication?

The Internet has truly revolutionised the way we consume information – putting it into bite size pieces. This has changed the way our brains function. We can learn farther and faster than ever before. The philosopher Isaiah Berlin characterised these differences as ‘foxes and hedgehogs’. Hedgehogs are thinkers who see the world through a single, focused lens, while foxes are knowledgeable about many things. Through Twitter, Youtube, Instagram, Reddit, and the countless other websites we frequent, most people today have come to embrace this fox-like way of living.

But there are a few hedgehogs who are nostalgic for older times: times when TL;DRs (a phrase that stands for Too Long, Don’t Read, and essentially demands that information be summarised into a couple of sentences) did not run rampant. While the idea of running to the bookshops once a week is certainly idyllic, having reams of information available on one device is just more convenient. And yet, many are still appalled at the rapidity of change, the pace at which smartphones are taking over contemporary society. “Things were better then” is another mantra that seems to be stuck on repeat.

This fading affect bias (wherein people are remember pleasant memories from the past) is aeons old. Socrates once called the relatively new act of writing ‘simplistic’ in comparison to the then-common tradition of orally recounting information. If writing was viewed at one point as controversial technology is today, then mustn’t we realise that we are part of an unchanging tradition? Wandering bards and oral storytellers were suspicious of books.  People who enjoyed the fruits of Gutenberg’s printing press were suspicious of newspapers, magazines, later, television, and nowadays, smartphones.

Like most of the double standards in our society, this one too, is not obvious. But the more things seem to change, the more they stay the same. While technology is so heavily criticised for its novelty and differences, it has not brought anything fundamentally new to the table. Human sentiments have largely remained the same as before; only instead of someone writing their beloved a well-crafted sonnet, they’ll publicly declare their love on Twitter. While the constraints of 150 characters are almost too much for any self-respecting writer (or reader, for that matter) to handle, the Internet is a treasure trove for online books and articles, and even audiobooks. Communication through other mediums such as videos have opened up the opportunities we have to seek out more knowledge.

Life moves forward and perhaps it’s time for our thinking to move forward with it. Because technology is something that most people of today supplement their lives with – and it can be a real asset – at least when it’s not constantly being criticised.