Publishing houses come up with a number of books on Mahatma Gandhi's overview, his person and philosophy to commemorate birth anniversary. 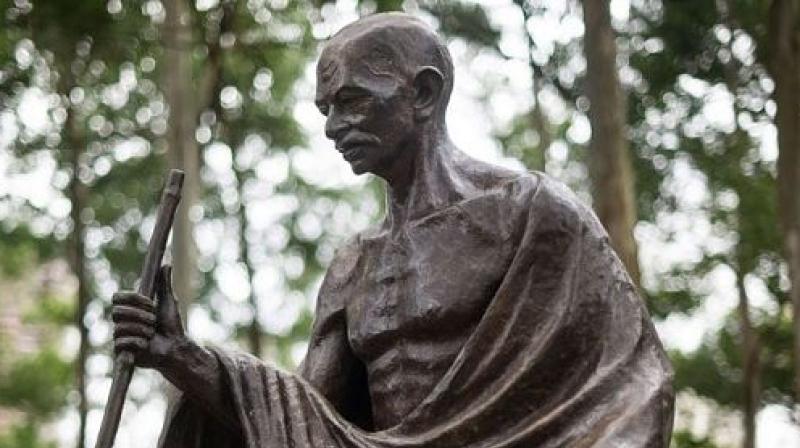 New Delhi: On the occasion of Mahatma Gandhi's birth anniversary, publishers have come up with a number of books on his overview, his person, philosophy, and practices as well as a critical edition of his autobiography.

Penguin Random House India will publish the critical edition of An Autobiography or The Story of My Experiments with Truth while Oxford University Press (India) is bringing out Gandhi's Dharma, Gandhi against Caste and Gandhi in Bombay.

This critical edition will throw new light on Gandhi's evolving modes of practice and will act as the perfect introduction to Gandhi for general readers and scholars alike.

The book will be published in January 2018.

Translated by Mahadev Desai, the edition is introduced with motes by Tridip Suhrud and has a foreword by Ashis Nandy. Gandhi wrote his autobiography in Gujarati, which was published serially in the volumes of Navajivan, and was simultaneously translated into English by Mahadev Desai (albeit some chapters were translated by Pyarelal, during the period in which Desai was preoccupied with the Bardoli Agrarian Inquiry).

The English translation was published as An Autobiography or The Story of My Experiments with Truth in two volumes (1927 and 1929).

The second re-revised edition of the autobiography was published in 1939; the revisions were a result of collaboration between Desai and Srinivas Sastri.

This is the edition that has been read ever since, and is the seed text for translations of the autobiography in other languages.

In Gandhi's Dharma, author Koneru Ramakrishna Rao asserts that the basic principles governing Gandhi's thoughts - satya, ahimsa, and sarvodaya - are neither relics of the past nor are his thoughts an obsolete list of rules.

Author Nishikant Kolge investigates the entire range of what Gandhi said or wrote about caste divisions over a period of more than three decades: from his return to India in 1915 to his death in 1948 in Gandhi against Caste.